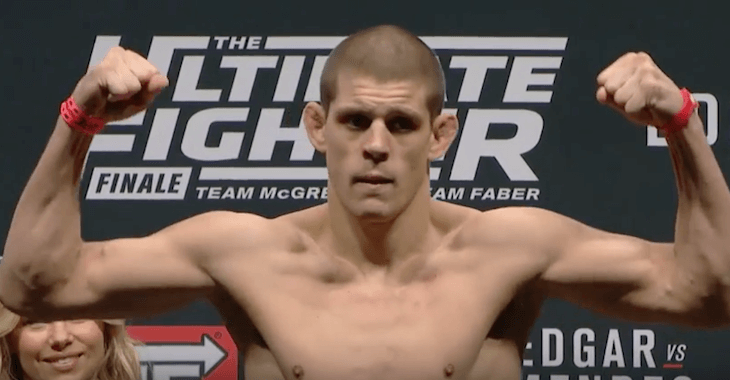 While UFC 200 is stacked with quite a few high-profile bouts such as McGregor vs. Diaz II, Tate vs. Nunes, and Aldo vs. Edgar II, one fight that promises to deliver fireworks is Diego Sanchez vs. Joe Lauzon.

The pair have combined for 18 post-fight bonuses over the course of their UFC careers. Given that, it’s no surprise that Sanchez vs. Lauzon is one of the most highly anticipated fights on the July 9th card.

Check out the UFC’s awesome promo poster for the fight, below!

#warriors me and @joelauzon will steal the show I promise you right now!