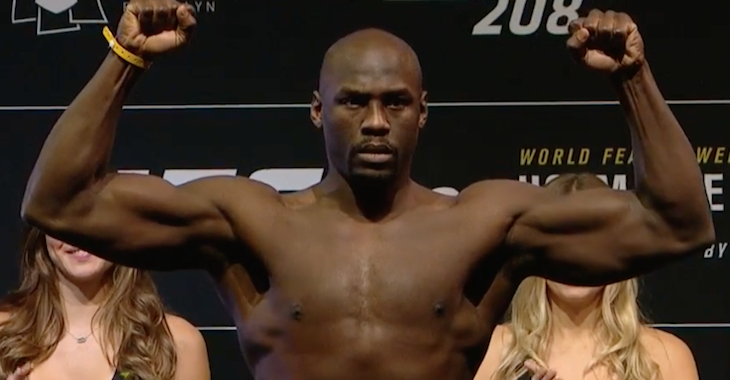 Though it is just days away, Friday’s Ultimate Fighter 25 Finale has received a last minute reshuffle, as French Canadian brawler Steve Bosse has been forced out of his anticipated light heavyweight scrap with Jared Cannonier.

This news was first reported by Shawn Bitter on Twitter. The cause of Steve Bosse’s withdrawal is not currently known.

Bosse, who is a former hockey enforcer in the Quebec semi-professional league Ligue Nord-Américaine de Hockey, was last seen in action over a year ago, when he engaged in a brawl for the ages with Sean O’Connell. Unfortunately, it seems we’ll have to wait a little longer for the fan favorite Canadian’s return.

Cannonier, meanwhile, will still be returning to the cage this Friday, albeit against a lesser known foe. With Bosse out, the Alaskan talent will be taking on a last-minute replacement in the debuting Nick Roehrick.

Roehrick will enter this last-minute UFC debut with a flawless 7-0 record, which includes two knockouts and one submission.

Cannonier, meanwhile, will use this adjusted light heavyweight bout as the opportunity to rebound from a tough decision loss to long-time contender Glover Teixeira.

The TUF 25 finale will be headlined by a lightweight showdown between the UFC’s number six fighter Michael Johnson, and former World Series of Fighting champion Justin Gaethje, who will be making his UFC debut. The card will also include a lightweight bout between Mark Diakiese and Drakkar Klose, a middleweight bout between Brad Tavares and Elias Theodorou, and of course, the finals of the latest season of The Ultimate Fighter.

How do you think Jared Cannonier will do against this last-minute, debuting foe?