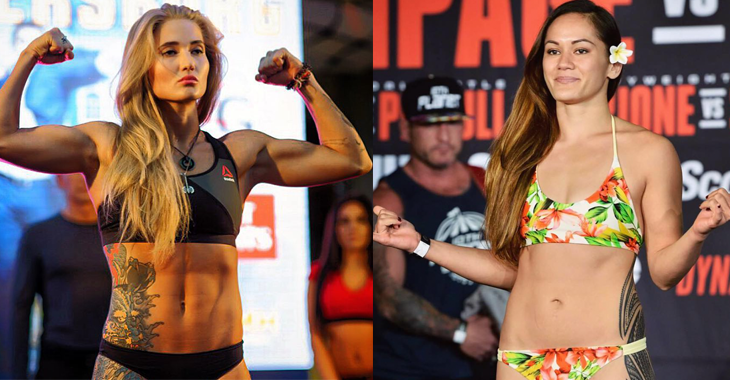 Undefeated flyweight Ilima MacFarlane is looking to establish herself as one of the primary names under the Bellator MMA promotion.

MacFarlane, who went viral with her destruction of her opponent in her professional MMA debut is now gunning to become Bellator’s first women’s flyweight champion.

With no champion crowned in the division, MacFarlane spoke with MMA Junkie on what she envisions for her future with the promotion.

“I want to fight Anastasia Yankova, and not because she’s done really well inside the cage,” MacFarlane told MMAjunkie. “Honestly, she he [sic] has only fought once and it was against an opponent making her debut at a catchweight, which isn’t all that impressive. But, seeing all of the hype surrounding her, I think a fight between the two of us would be great for promotional purposes.”

While Yankova is also undefeated with a 3-0 record, the Russian has only had one fight in Bellator. MacFarlane admits that she isn’t sure if a win over Yankova will solidify her case for a title fight, but says it could possibly up her chances with another goal of hers.

“I’m not really sure who would further my claim for a title shot, but I think a win over Anastasia would definitely further my chances of making out with her,” MacFarlane said. “I’m not sure if my desire to fight her has more to do with my hopes for a title shot, or a hidden sexual tension I feel between us. Either way, I’m game.”

Aside from her personal interest in fighting Yankova, MacFarlane feels that her performances in Bellator warrant for her to be in the first title fight of her division.

“I know that (Bellator President) Scott (Coker) said that he would like to crown a champion by the end of the year, but I really don’t know when that would be,” MacFarlane said. “But, I definitely think that I’m the front-runner in the division. I’ve already fought three times. I’ve fought the most out of all of the female fighters that Bellator MMA has signed and I have won all of my fights.”

With the timeline of crowning a Bellator women’s flyweight champion in the air, MacFarlane says she hopes she can meet Yankova in the cage “as soon as possible.”