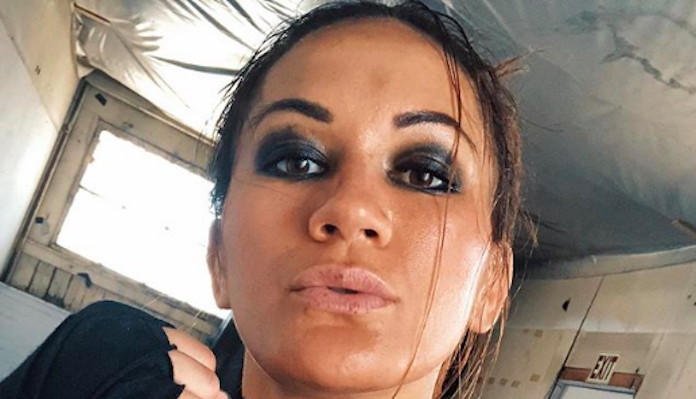 In the video for this song, which will serve as the lead single on the soundtrack for the new Charlie’s Angels movie, MacFarlane can be seen walloping Cyrus with a wrecking ball of a right hand.

Ilima-Lei MacFarlane detailed this awesome experience on her official Instagram account, calling the right hand she planted on Miley Cyrus “the most memorable punch” of her career.

“So this one time I got to punch [Miley Cyrus] in the face for her music video, ‘Don’t Call Me Angel’ with [Ariana Grande] and [Lana Del Rey]. I can’t post it because of copyrights, but you can YouTube it and see my split second of video girl fame. P.S. she took it like a G. And she also got to return the favor. Most memorable punch of my fight career, no joke.” – Ilima-Lei MacFarlane on Instagram.

Ilima-Lei MacFarlane is a perfect 10-0 as a pro fighter. In her last fight, she defended her Bellator title with a doctor stoppage win over Veta Arteaga. In her next most recent appearance, she defended her belt with a submission of Valérie Létourneau.

At present, she doesn’t have a fight booked, but with Bellator plotting an imminent return to her native Hawaii, we can probably expect to see her back in the cage soon, where she’ll be looking to dish out more of the punishment she served Miley Cyrus.