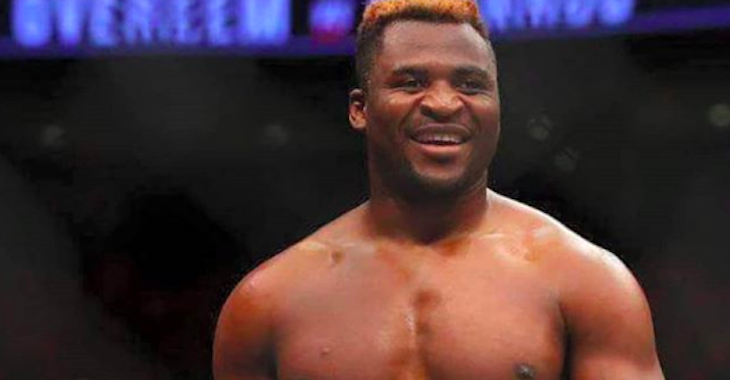 This Saturday, in the main event of UFC 220, surging French-Cameroonian sensation Francis Ngannou will get his anticipated crack at Stipe Miocic and the UFC heavyweight title.

This title fight will serve as the crescendo of a Ngannou’s rocket-fuelled rise through the UFC ranks. In roughly two years, the hulking knockout artist has evolved from relative unknown to downright MMA star – and he’s already being paid accordingly.

Despite having fought just six times in the UFC’s Octagon, Ngannou is already making money typically reserved for the UFC’s uppermost echelon of earners. Speaking to France’s SFR Sport this week, he revealed that he’ll be making a hefty $500,000 for his battle with Miocic. For context, Miocic was making a paltry $65,000 to show and $65,000 to win at the time of his crack at the UFC heavyweight title.

Interestingly, Ngannou also seems to expect much bigger paydays in the future. Speaking on the massive salaries earned by soccer players, the heavyweight star explained that the only reason he hasn’t passed the million-dollar mark yet is that his earnings haven’t been able to keep pace with his light speed rise through the rankings.

“You must understand that my ascension in the rankings was very fast, but the numbers didn’t follow,” Ngannou said.

Francis Ngannou made his UFC debut in December of 2015, when he scored a thudding knockout win over Luis Henrique. In his next outing, he earned a doctor stoppage over current contender Curtis Blaydes. Next, he thumped Bojan Mihajlović to a first-round KO, before tapping Anthony Hamilton with a kimura, levelling Andrei Arlovski with a first-round punch, and most recently, putting Alistair Overeem down in a 2017 knockout of the year contender. Ngannou is 11-1 overall.

Do you think Francis Ngannou can topple Stipe Miocic to win the UFC heavyweight title this weekend?