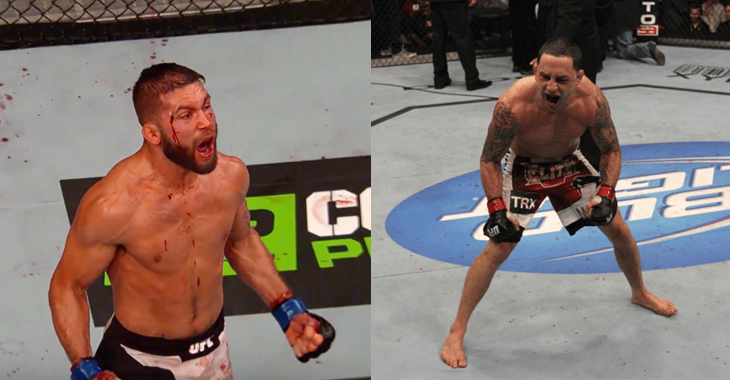 New Jersey native Frankie Edgar’s dreams of fighting in Madison Square Garden are closer than ever from coming into fruition. Brazil’s Combate is reporting that Edgar will be taking on Jeremy ‘Lil Heathen’ Stephens in a featherweight showdown at UFC 205 for the UFC’s first event in New York.

Growing up and training just an hour drive from downtown Manhattan, Edgar, 34, is one of many New York and New Jersey natives that are filling out the card.

‘The Answer’ is coming off of a disappointing decision loss against Jose Aldo in a rematch of their UFC 156 title fight. Prior to the second loss to Aldo, Edgar had rattled off an impressive five fight win streak capped off by a stunning first round knockout against Chad ‘Money’ Mendes.

Like Edgar, Stephens is a fellow lightweight-turned-featherweight who’s found new luster in the 145 pound division. ‘Lil Heathen’ debuted at featherweight back in 2013 and has gone 5-3 since dropping down a weight class. Stephens is coming off of an improbable win over former bantamweight champion Renan Barao in a fight that saw the knockout artist as a sizeable underdog going into their May 2016 bout.

Who do you have in this battle of former lightweights-turned-featherweights? Will Edgar beat the notoriously tough Jeremy Stephens and get back on track? Or will ‘Lil Heathen’ begin a win streak with wins over two former champs in a row? Sound off in the comments section, PENN Nation!