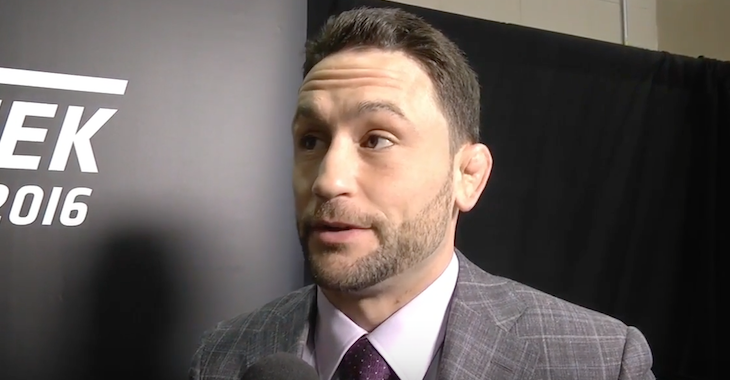 When it comes to UFC featherweight star Conor McGregor, one thing is certain, you never know what he’s going to do next.

After being submitted by Diaz, the pair were slated to fight in a rematch at UFC 200. McGregor then reneged on his media obligations and was pulled from the card after briefly retiring. Then the talks of a boxing match with Floyd Mayweather picked up steam, with the bout allegedly going down in September.

Ahead of UFC 200, where Jose Aldo and Frankie Edgar will fight for the interim featherweight championship, with the winner facing Conor McGregor for the undisputed title, Edgar has quite the prediction for McGregor’s future.

“I think this is for the real belt,” Edgar said. “I don’t think Conor’s coming back down (to featherweight). There’s a lot more to lose at 145 than anywhere else.”

“He comes with the big paycheck,” Edgar said. “He’s the most popular guy in the UFC, he’s going to talk it up more than anyone else, and that’s a fight I know I can win.”