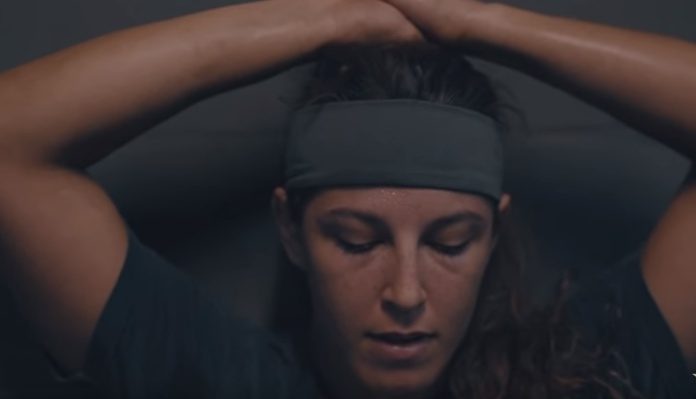 Feeling good feels good. So when proper recognition is received, especially in a solo sport such as fighting, it feels even better.

The hard part about that in MMA is to achieve it. Despite how talented one may be, they can still easily be overlooked for one reason or another. Which happens to be an even tougher challenge to tackle for every featherweight that can’t help but stand in the shadow of its dominant ruler, Cris ‘Cyborg’ Justino.

Often referred to as ‘the big fish in a small pond’, that doesn’t mean that there aren’t stars in the making waiting to break out. One of those clearly being the division’s current brightest prospect, the undefeated 5-0 Invicta FC standout, Felicia ‘The Feenom’ Spencer.

The Canadian-born Orlando, Florida resident holds black belts in both Tae Kwon Do and Brazilian Jiu-Jitsu which makes her dangerous where ever the fight goes.

Since beginning her professional MMA career in 2015, the 27-year old Spencer has fought exclusively under the Invicta FC banner and continues to grow before the fans’ very eyes.

Having fought four of her five pro fights within the past two years, Spencer is hopeful to get win No. 6 before the year’s end and she has plenty of momentum after her recent second-round submission over Helena Kolesnyk at Invicta FC 30.

“I was really happy with [the win].” Spencer told BJPenn.com, “There’s always more to show, there’s always a lot of other things that I worked on that I didn’t get to show. But I was happy with my patience and not trying to rush something that wasn’t there in the first round and just being comfortable the whole time. So it was definitely having a good time, very happy with pretty much everything that happened.”

When the division is looked at by the fans, the blunt truth is that they look at everyone in it as just future victims for Cyborg assuming that they make it that far. In many cases, that’s fair…but there is a small problem with that.

It’s a bit harder to hone and develop one’s skills to prepare oneself for such a task as Cyborg is when there is literally no division around her at the moment to build up in.

If a featherweight makes it into the UFC, they’re just thrown right to the champion on the biggest stage they’ve ever been on. But of course, that’s without mentioning that every single one of Cyborg’s UFC opponents fought at bantamweight before or after fighting Cyborg.

The point being, the natural 145ers aren’t getting their chances. And if they do…it’s likely too soon as has been seen with Cyborg’s Invicta fights prior to entering the UFC.

However, in the upcoming season of The Ultimate Fighter (28) the featherweights will be on display and be getting to start the division as it should have been a year ago.

When this announcement was made, the vast majority assumed that a prime candidate for the show would be ‘The Feenom’. Instead, Spencer took a more tactical approach by declining the opportunity as she wanted to keep improving her record along with being compensated for it. Which might not have been a bad move in hindsight.

Especially when considering that once the list of those selected for the show came out, it lacked a multitude of veterans that everyone expected to make it on. In turn, this now can give Spencer some better options for opponents to keep building her skillset against until she gets that call. So in hindsight, there are no regrets.

“It definitely doesn’t make me regret my decision or anything,” Spencer said, “I’m definitely excited to have more available opponents for just one more fight, hopefully this year. And we’re definitely in talks already about what that’s gonna be. I’m excited to be able to announce the next opponent sometime before the end of the year and go get my 6-0 that I wanted for this year. That would be awesome.”

Recognizing her own talent, Spencer is looking ahead and realizes what the future may hold.

So much so that despite not being the meanest fighter out there personality-wise, she actually made a call out after her big win at Invicta FC 30.

Choosing wisely, Spencer aimed her sights on the only other featherweight in the UFC besides Cyborg, the last Invicta 145-pound champion Megan Anderson.

With the event being held in Kansas City, Missouri, Anderson’s current home, she was in attendance that night so the stars aligned for a fun moment in the cage post-fight.

Spencer didn’t plan for it to work out that way, but she had the call out on her mind and was happy to get a quick answer.

“I kind of talked about it. My team is always encouraging me to be more vocal, trying to help promote myself. It’s all part of the game. I didn’t rehearse it, but it was definitely something that we talked about, like ‘what would be the best way of calling someone out without losing myself?’

I don’t wanna be a mean person, trying to be a jerk, calling people out. But I just try to put things in the best light. So, yeah, I’m happy that I did it. I’m glad that it was a surprise, I guess. And I’m glad that [Anderson] was there to come and stand in front of me. That was pretty cool.”

With Anderson needing any sort of opponent for her next time out, she was all in.

And for the division, a moment like this was needed. But whether the UFC will capitalize on it is another story as Anderson is campaigning to fight on UFC Adelaide for the UFC’s return to her home country of Australia.

Meanwhile, Spencer already has other plans in the works.

“That’s just her idea [to fight in Adelaide]. It’s really up to the people behind the scenes to make that decision,” Spencer stated, “But I think that would be really exciting. Maybe that would be able to happen. I’m not sure.

[I’ve talked with] Invicta about a title fight before the end of the year. So I’m not sure how much I’d be allowed to say, but that’s definitely the direction that it looks like it’s gonna be for this next opportunity.

There is definitely an idea for a veteran of Invicta [for the opponent]. I’ve agreed with Invicta for this opponent and I’m not sure if both parties have agreed yet.”

Sometimes it can actually be better to stay off the radar and quietly make the noise. After a while, if the spotlight doesn’t find you, you’ll find the spotlight.

And if things continue their upward trend for Felicia Spencer, it will only be a matter of time before she fully steps out of the shadows.