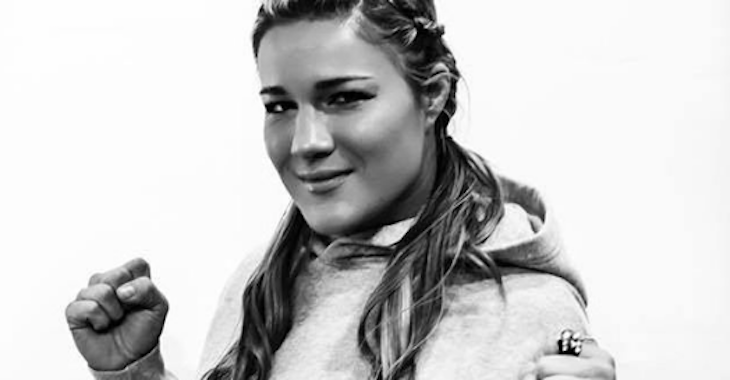 On April 7, at the stacked UFC 223 in Brooklyn, red-hot strawweight contender Felice Herrig will battle former title challenger Karolina Kowalkiewicz in one of the most important fights of her impressive career thus far.

As this big bout looms on the horizon, Herrig is getting plenty of love from the media as one of the strawweight division’s top contenders. Regrettably, one publication made a pretty significant blunder when covering Herrig’s upcoming fight.

Hey @chicagotribune …. next time you decide to put me in the paper maybe you could use a photo of me instead of my opponent. Thank you

“Hey [Chicago Tribune],” Herrig said in her post. “Next time you decide to put me in the paper, maybe you could use a photo of me instead of my opponent. Thank you.”

As you can see in this post, the fighter depicted in the article is not Herrig, but the last fighter she defeated, “Cast Iron” Cortney Casey.

With her defeat of Casey – a December split decision – Herrig extended her win-streak to four-straight, as she has also recently bested Justine Kish, Alexa Grasso and Kailin Curran.

Do you think Felice Herrig can take out Karolina Kowalkiewicz at UFC 223 and establish herself as a true top contender at strawweight?