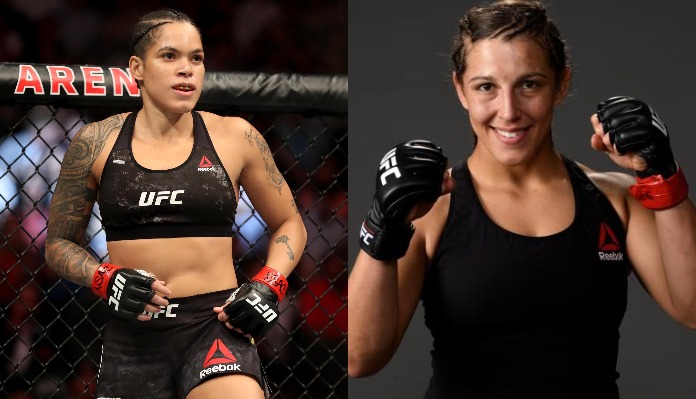 In the main event of UFC 250, Amanda Nunes is looking to defend her featherweight belt for the first time when she takes on Felicia Spencer. Heading into the fight the champ is a massive -650 favorite while the Canadian challenger is a +425 underdog.

Ahead of the fight, BJPENN.com reached out to several pro fighters to get their predictions for the scrap. The pros are unanimous in thinking Amanda Nunes will get it done, with many thinking it will be by stoppage.

Steven Peterson, UFC featherweight: Amanda Nunes is one of, if not the best female fighter of all time. She has all the tools plus the mindset to dominate every aspect of this fight. I see Nunes by TKO round two.

Randy Costa, UFC bantamweight: Nunes for sure. I don’t think it’s going to be a layup fight for Nunes, but I think it’ll be pretty one-sided. Nunes is extremely relentless with her pressure, tough as nails, and is a legit savage. I think Spencer will be a champ one day for sure but June 6 won’t be that day.

Beneil Dariush, UFC lightweight: This is an interesting matchup. Spencer was tough in her fight against Cris Cyborg but I think Nunes will be too much. Nunes by unanimous decision to defend her belt.

Renato Moicano, UFC lightweight: Nunes will defend her featherweight belt for the first time by knockout. Spencer is tough but Nunes will add another KO win to her record.

Sam Alvey, UFC light heavyweight: Nunes by TKO in the third round.

Benito Lopez, UFC bantamweight: Nunes vs. Spencer is a great fight. But, I’ll go with Nunes by TKO or KO. She’ll defend the featherweight belt for the first time.

Giga Chikadze, UFC featherweight: Amanda Nunes will defend her belt. Not sure if she’ll be able to finish Spencer as she is tough but she’ll get the job done.

Tim Elliott, UFC flyweight: Amanda Nunes. I don’t think anyone can beat her regardless of weight class.

Louis Smolka, UFC bantamweight: Amanda, I don’t know if anyone will beat her.

Who do you think will win the UFC 250 main event between Amanda Nunes and Felicia Spencer.