Matt Brown is eager to step back into the Octagon.

At UFC Vegas 29, Brown will face Dhiego Lima in what should be a very exciting fight. Although they are fighting in the middle of June, the fight was announced in early March which gives the veteran a ton of notice when he says he asked for.

“I told them I need more notice for my fights. I’m older now and not a young buck now. That is a big part of my performance,” Brown said on Just Scrap Radio on BJPENN.com. “I can’t do these two, four, five-week notice fights anymore. It isn’t the same for me, I have a family, business, and of course, my age. I have to plan and prep probably.”

When Brown got the call to face Lima he was excited about it. He coached Dhiego on TUF and actually fought and beat his brother, Douglas in 2007, For Brown, he’s hoping to become the first person to beat both the Lima brothers.

“I know a lot about him as I coached him on TUF when I was with TJ. We are friends, we hung out some and I taught him some things and showed him some of my game,” Brown said. “I also fought his brother like 12 years ago or something like that. We know each other, he’s a cool dude and I have respect for him. I’m happy to get in there and compete with him.”

When Matt Brown started to study Lima and come up with a game plan he got more confident in himself. He believes he’s a bad style matchup for Lima and knows he has what it takes to finish the fight. 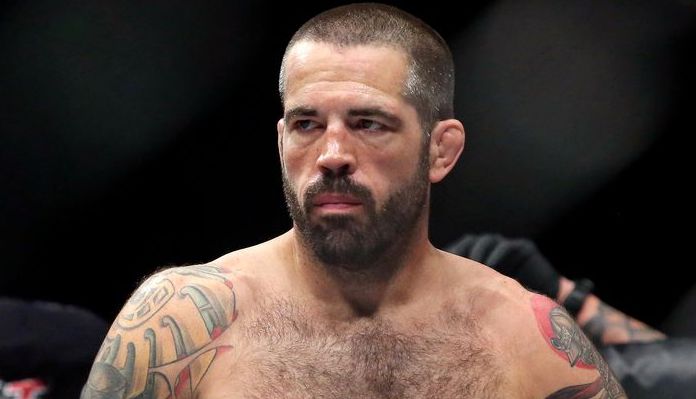 “I’m a bad style matchup for him. How it ends, I don’t know. It could be by decision, KO, submission,” Brown said. “The way that I feel and the way my camp is going I think I will put on a great performance. I’m happy I feel good and my camp is going well. I’m on a two-fight losing streak and get back into the winning things.”

Entering the fight, however, Brown is on a two-fight losing streak and could be fighting for his UFC career. Yet, the 40-year-old says he isn’t paying any attention to it as he just wants to focus on the fight.

Brown also knows if he is to fight his fight, there is no question that he will get his hand raised.

“There is always pressure in every fight. I don’t want to add any other pressure as I’m going in there with a killer who wants to knock my head off,” Brown said. “There is always pressure, but I’m not going to think about those things. I’ve made it this far without letting those things get to me so I just need to keep on the path. I go in there and perform the way that I can I will win the fight no doubt.”

If Brown does get his hand raised, he’s uncertain what’s next. He knows any fight could be his last but he says he would like to rematch Robbie Lawler or Donald Cerrone if he were to get the win on Saturday.

“I don’t know. Every fight I say this will be my last one. A lot of people don’t know that I’ve been saying that for 10 years… I don’t know man, we will see what happens… I’ve fought all the big names pretty much,” Brown concluded. “I wouldn’t mind running it back with Lawler and Cowboy. That would be my ideal situation. I felt like I won the Lawler fight but the judges didn’t agree. Cowboy, of course, that was the only time I’ve actually ever been knocked out. He actually knocked me the hell out so I’d love to get that one back.”

Do you think Matt Brown beats Dhiego Lima on Saturday?