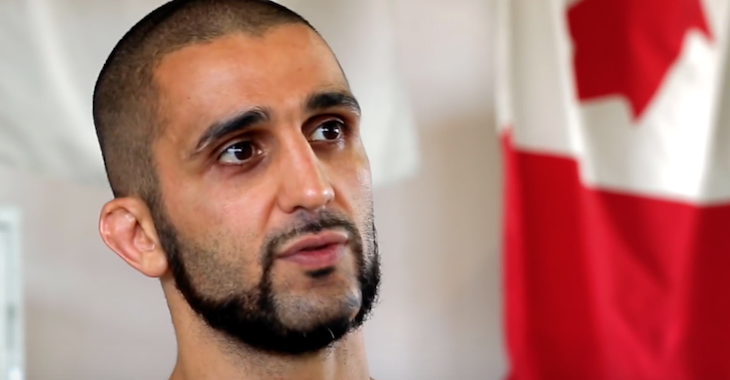 Following the first professional loss of Ronda Rousey’s career at UFC 193 to Holly Holm in 2015, Ronda Rousey‘s coach, Edmond Tarverdyan, was the subject of much criticism. While Rousey lost the fight, many blamed Tarverdyan for giving Rousey a false sense of confidence in her striking prior to stepping into the Octagon with an elite level striker such as Holm.

When Rousey returned to the Octagon at UFC 207, many were wondering whether the former champ would step into the Octagon and showcase a new striking skillset. When Rousey ultimately stepped into the Octagon with women’s bantamweight champion Amanda Nunes, it took just 48 seconds for Nunes to stop the former champ via strikes.
Following the loss to Nunes, Rousey’s coach Edmond Tarverdyan once again shouldered the majority of the criticism for the loss as numerous members of the MMA community continued to bash the Glendale Fighting Club head coach. With that being said, famed Tristar gym head coach Firas Zahabi defended Tarverdyan in a recent interview with BloodyElbow:

“I think Ronda has got power,” he said. “What Ronda doesn’t have, is fluidity, a technical speed. She doesn’t have a smooth coordination. She’s very jittery, she’s very mechanical when she punches, and she’s very wild and telegraphs very much.

“Her punching level is not at an expert level,” he said. “However, is that her coach’s fault? I would say no, it is not.”

“I know a lot of guys are blowing your tops off now, but it’s not his fault,” Zahabi explained. “She is not the first athlete in MMA to fail at developing a striking game.”

“Before you start burning your computers, hear me out. Take for instance, Ben Askren, great fighter. His coach, Duke Roufus, is an extremely competent striking coach. No one can debate that, and he has proven himself over and over again. Why isn’t Asrken’s striking like Anthony Pettis? Is it Duke Roufus’ fault? No it is not.

“The reason why a Ben Askren or a Ronda Rousey’s striking usually — not always — doesn’t hit that high level, is because they’ve spent so much time wiring their brain and their body and their nervous system to fight in one particular way. It’s opportunity cost. Every time you do one thing, you’re costing yourself in another.”