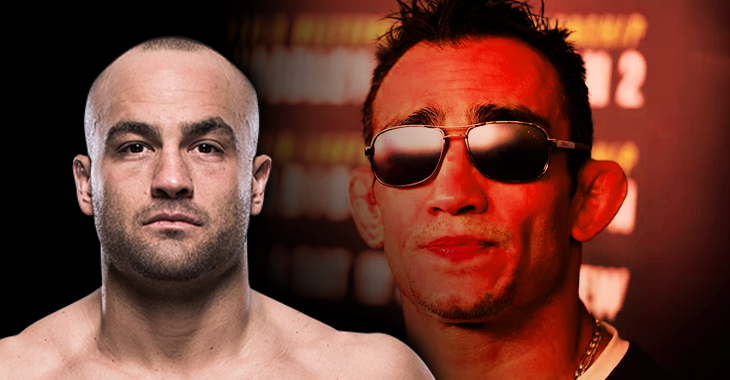 In just one week, Tony Ferguson will fight Kevin Lee for the UFC lightweight title at UFC 216. It’s the biggest fight of both of their careers so far, but Ferguson was ready to throwdown with another lightweight earlier today. Eddie Alvarez made some comments about the interim title scrap, Tony Ferguson was quick to respond saying the former champion wouldn’t last a round with him. The war of words started in response to Eddie Alvarez’s critique about the interim title fight and UFC matchmaking. Tony Ferguson was replying to an article containing the quote provided below. Regardless if you agree with Alvarez’s points or not, it’s clear that the winner of Justin Gaethje and Eddie Alvarez’s fight at UFC 218 will go on to either challenge for the interim UFC lightweight title, or fight for the real belt in a giant potential money fight with Conor McGregor. It’s a good idea to go ahead and get that promotion train a’going.

“It seems like with the interim belt, and [Tony Ferguson and Kevin Lee]  that are fighting for the interim belt, it just seems like they are throwing sh-t at the wall and hope it sticks. It seems that is where we are. I mean, [Conor McGregor] is not fighting, so these are the things you have to do while you wait. So, we’re just trying to make a match-up here. In the meantime, me and Justin Gaethje is the biggest match-up in the lightweight division, the most exciting, even before this interim belt with these guys who are fighting. Me and Justin will be the most exciting fight in the division in the next couple of months until the champion comes back to defend the belt. So, right now were just buying time and trying to make a move because we are all going to be chasing after him.” — Eddie Alvarez on the UFC Unfiltered podcast.