Donald “Cowboy” Cerrone is Still Keen on a Fight with Robbie Lawler: It Would Be “a Hell of a Fight”

This Saturday, on the main card of the universally anticipated UFC 205, Donald “Cowboy” Cerrone will look to move to 4-0 as a welterweight with a win over highly-regarded contender Kelvin Gastelum. The fight stands out as one of the most anticipated features of the event.

Gastelum is not, however, the man Cowboy was originally supposed to face. Instead, Cowboy was initially expected to mix it up with a fellow fan favorite in Robbie Lawler in a fight that seemed like a surefire recipe for ultraviolence. Unfortunately, Lawler was forced to withdraw from this fight just days after it was announced in a grim twist that left fight fans wiping tears from their eyes. The former welterweight champ called Cowboy to break the bad news personally.

While Cowboy’s focus now rests firmly on Gastelum, he recently explained to MMAFighting.com that he’s still keen on a fight with Lawler.

“I still respect the sh*t out of the dude,” he said of Lawler.” He’s a good friend of mine, I have more respect for him calling me first and letting me know [that he was out], that tells you how he is. This is a guy that would be a hell of a fight.” 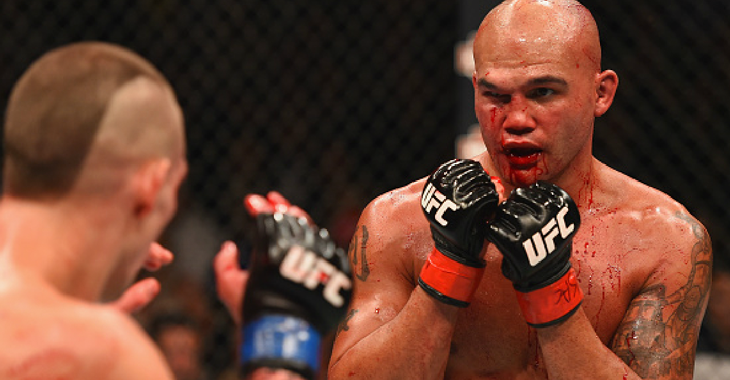 Cowboy also offered up some speculation as to why Lawler withdrew from their planned bout, which has remained a mystery to this day. His suspicion is that Lawler wasn’t quite recovered from his July knockout loss to Tyron Woodley, which marked the end of his title reign.

“I don’t know mentally what was going on with Lawler, he’s not really a guy that pulls out of fights,” Cowboy explained. “He’s a tough dude. What I think might have happened, maybe he got rocked in sparring, or maybe his head wasn’t all the way healed up. Maybe there wasn’t enough time.”

For those mourning the loss of UFC 205’s originally planned Cowboy vs. Lawler bout, it appears as though the fight is still possible for a future card. It’s fruition, of course, will depend largely on how Cowboy performs against Gastelum on the main card of UFC 205 this weekend.

How do you think a Cowboy vs. Lawler bout would go? Sound off, PENN Nation!