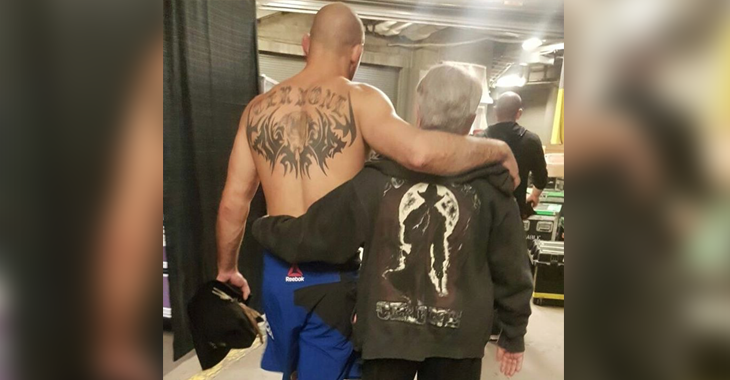 It’s typical to see Donald Cerrone fight about four times a year, being one of the more active fighters in the UFC. We’ve seen Cerrone turn around and fight twice in the Octagon is a span of 15 days back when he fought Myles Jury and former UFC lightweight champion Benson Henderson back in January 2015.

“Cowboy” last fought on January 28, where he lost for the fist time at welterweight in the UFC as Jorge Masvidal ended his four-fight winning streak at 170. With the recent announcement of Cerrone meeting former UFC welterweight champion Robbie Lawler in the middle of the Octagon at UFC 213 on July 8, Cerrone says he was forced to take some time off after his TKO loss to Masvidal.

“I would have fought sooner, but [UFC president Dana White] put me in timeout for a while,” Cerrone said on the Five Rounds podcast (transcribed by Brett Okamoto for ESPN).

With climbing up the welterweight ranks rapidly with his busy fight schedule, Cerrone hit a wall fighting in his home state of Colorado but says that sometimes that is just a part of the game. “Cowboy” is a known adrenaline junkie and coming off the loss is happy to be fighting again as he says there is nothing that he has found that can top competing in a mixed martial arts competition.

“There’s no thrill like a fight in the world,” Cerrone said. “It’s the scariest roller-coaster ride of emotions, excitement and fun you can have. And I make a s—load of money doing it, so I get to go on a spending spree afterwards.” While Cerrone was quickly winning his way to a welterweight title shot, Masvidal put a halt to “Cowboy’s” run up the rankings. However, now matched up against Lawler who is currently the #2 UFC ranked welterweight and is coming off a title fight loss, Cerrone will still be right there at the top of the division if he can get his hand raised come fight night.

“I think I’m one of the only fighters in the world to get his ass whupped and get a No. 1 contender fight, right?” Cerrone laughed. “We’ll see.”