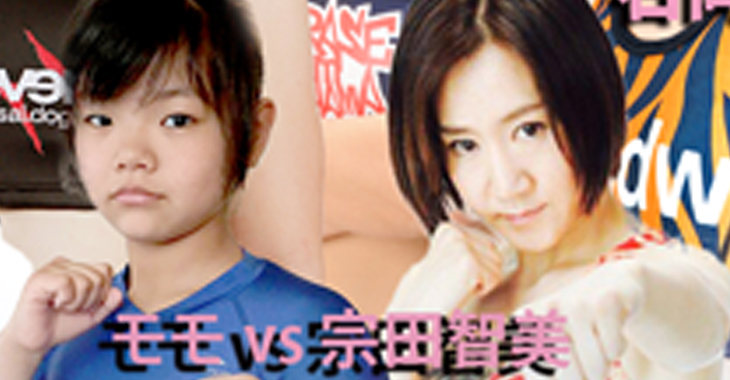 On Saturday night, the world will be watching Conor McGregor box Floyd Mayweather in probably the biggest fight this world has ever known. Call it a farce, call it a circus, but this fight will do gigantic numbers and a boxing match like this is really unprecedented. However, there’s another fight on the same night that you may have no heard about. A 12-year old girl named Momo will step into the ring Saturday to fight 39-year old Tomomi Souda at DEEP Jewels 17. If you’re not familiar with her story, you’re probably going through the same shock that a lot of people did at the beginning of this year. How is this sanctioned? What about her parents? What promoter would do this? It was just back in May, when little Momo stirred up a ton of controversy fighting a 24-year old opponent at DEEP Jewels 16. Of course, everyone reacted the same way as illustrated above. Some were too outraged to look into it further, others were still not satisfied when they found out that Momo would be in full headgear and large gloves. All that aside, she actually beat her opponent that was older than her by Momo’s entire lifetime. Not only did she beat Momoko Yamazaki (not to be confused with Momo herself) but she choked her completely out.

“Momo has been training MMA six times a week at least three hours a day ever since when she was in the kindergarten. Momo already had over 100 amateur BJJ, kickboxing, and karate matches, therefore, she has far more experience in combat sports than her upcoming opponent Ms. Momoko Yamazaki. […] On May 20th, we all strongly believe Momo would beat Yamazaki. I think it’s gonna be a public humiliation for Yamazaki.” — A statement released prior to her last fight by Momo’s manager Shu Hirata.

So, if you’re one of the people who are sick and tired of all of this Conor McGregor and Floyd Mayweather nonsense, if you don’t want to get stuck paying $100 to watch the freak show on pay-per-view, then you have options. You can always tune into DEEP Jewels to see if Momo can beat the crap out of a grown woman once again. When someone talks to you about May/Mac at the water cooler at work on Monday, then you can say yeah, but did you see that Momo fight!?