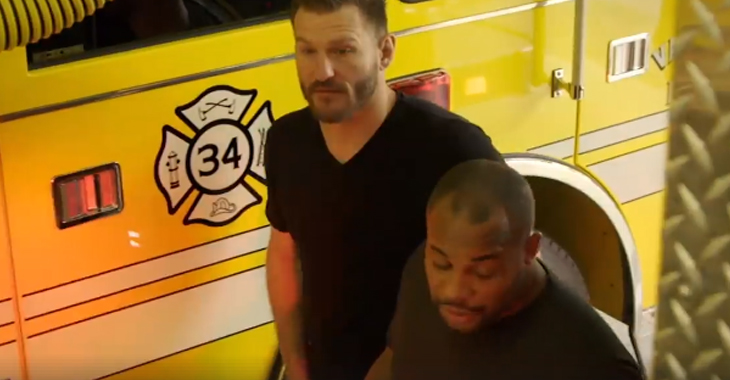 It’s the fight everyone is talking about right now. In June, Daniel Cormier will challenge Stipe Miocic for the UFC heavyweight title. It’s out of nowhere, it’s insane, and we get a full season of The Ultimate Fighter for a build-up. Daniel Cormier and Stipe Miocic isn’t just a fight between two of the best champions ever in the sport, it’s between two pretty solid dudes. If you needed anymore proof to that statement, just check out the conversation with Miocic that Cormier revealed that had Miocic’s wife screaming DC’s praises in the background.

“I did speak with [Stipe Miocic before the fight was done]. I spoke with Stipe, I called Stipe. Obviously, you know, great guy, I got to spend some time with him, fantastic champion, just a pillar of his community. I can’t say enough good things about Stipe Miocic. With that being said, I told Stipe for $500,000, I’m not fighting Stipe Miocic. I threw out a big number and said for that number, I’m fighting Stipe Miocic. He goes, ‘I f-cking love you.’ That’s what he said. I said for the right numbers we need to do this. His wife is in the back going, ‘Yes, DC!'”

Just because two fighters are going to meet in the Octagon, doesn’t mean they have to hate each other. Even if they hate each other, it doesn’t mean they both don’t need to be able to get paid and be happy. Stipe Miocic and Daniel Cormier banded together to make sure they both got what they deserved for such a giant fight. While there is no union in MMA, just then a small, two-man union was formed to get the job done. The giant power of the fight also helped the UFC not be able to refuse whatever figure these two came up with. The UFC wins, DC and Miocic win, but most of all, the fans win.