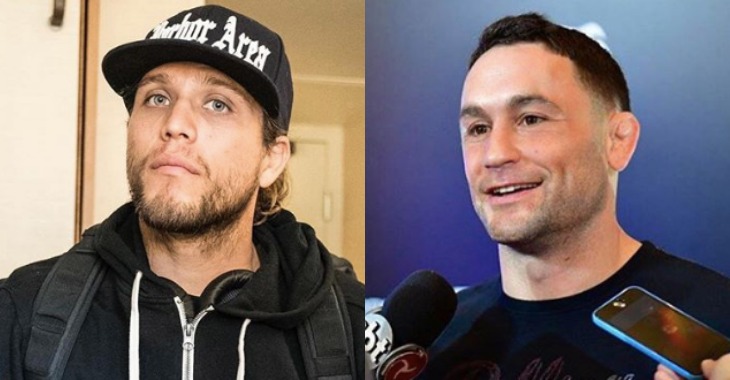 Last Saturday night, in the main event of the UFC’s debut in Fresno, California, surging featherweight contender Brian Ortega picked up the biggest win of his career, tapping long-time contender Cub Swanson in the second round. With this win, Ortega immediately stands out as one of the top contenders in the featherweight division – perhaps even the next man in line for the champ Max Holloway.

“Without a doubt, this kid’s obviously the future,” White told MMAjunkie at the UFC Fresno post-fight press conference. “Cub Swanson looked incredible tonight… The problem is, this Ortega kid, if he even puts his hands on you man – and he had him in the first round, and I’ve never seen a guy up in a guillotine choke like that and lets go, repositions his hands, and gets the choke. Against a Brazilian jiu-jitsu black belt too. Unbelievable. Incredible performance that definitely puts this kid on the map.”

“There’s no way that Ortega jumps over Frankie,” White said. “Definitely not. … It all depends on timing. When do we fight again? Who’s ready? Who’s not?

While Ortega fans might be disappointed by this news, the surging featherweight himself seems to think this is the right move.

“I want to see how Frankie Edgar is feeling,” Ortega said at the UFC Fresno post-fight press conference. “No disrespect to any fighter. I know this is a job; it is for me as well. I know he’s been around the game for a while and he’s had a lot of shots at the title. I feel like he deserves one more for his career. He’s done great. I’m willing to just wait. I’m gonna go with my team, get better, keep perfecting my craft and come back in 2018 and see if I can secure that belt.”

Do you agree with Dana White on this one, or should Brian Ortega jump the line?