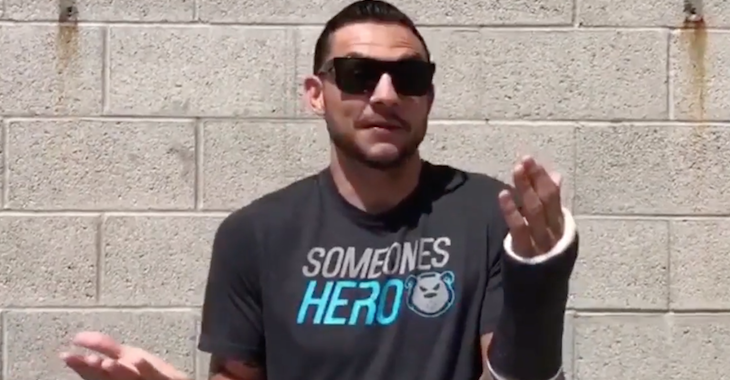 Back in June, streaking Hawaiian talent Max Holloway shook up the featherweight division by thrashing once-dominant champion Jose Aldo to a TKO victory. With the belt firmly around his waist, Holloway then shifted his focus to two men: Frankie Edgar and Cub Swanson, both of whom stand out as top contenders in the UFC featherweight division.

In the wake of Holloway’s title win, both Edgar and Swanson argued their case for the next title shot. Both made good points, and both seemed to have a real chance of earning the shot they desired.

In the end, however, the UFC seems to have sided with Edgar – probably on the basis that Swanson has already lost to Holloway.

UFC President Dana White announced plans for a Holloway vs. Edgar fight during an appearance on KHON-2.

“We’re looking at Frankie Edgar, but we don’t know where.” White stated of his plans for Holloway. “Absolutely. (it will happen before the end of the year).”

This news, unsurprisingly, was not well received by Swanson, who will probably now have to win one more fight before getting his long awaited crack at the UFC featherweight title. Swanson gave his take on this news in a Sunday night post to Twitter.

“The fans know I’m the more exciting and the more deserving,” Swanson said on Twitter.

Cub Swanson is currently riding high on a four-fight win-streak, having recently defeated Hacran Dias, Tatsuya Kawajiri, and most impressively, Doo Ho Choi and Artem Lobov in back-to-back, fight of the night winning brawls. These wins were preceded by losses to Holloway and Edgar. Unlike Edgar, however, who has tried and failed twice to capture the UFC featherweight title, Swanson has never fought for UFC gold.

Do you think Cub Swanson should receive the next crack at Max Holloway, or did the UFC make the right choice?