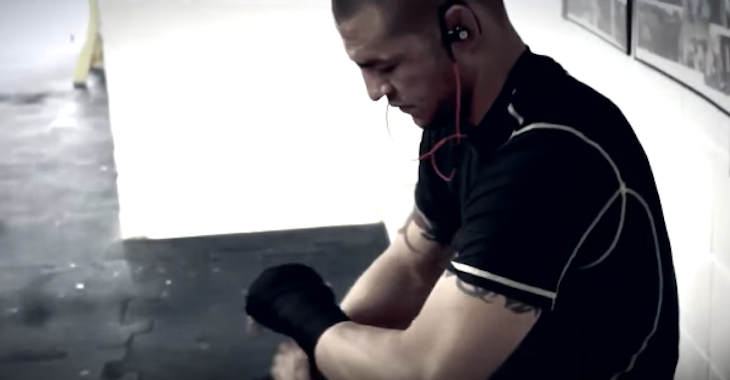 Over the weekend, in the main event of the UFC’s anticipated debut in Fresno, California, long-time featherweight contender Cub Swanson stepped into the cage with surging prospect Brian Ortega.

Ahead of this bout, which marked the final obligation on his current UFC contract, Swanson repeatedly suggested he planned to test his value as a free agent post-fight. Unfortunately, he lost this contest by second-round submission, which makes his future quite a bit murkier.

While it sounds like Swanson and UFC President Dana White are both interested in hashing out a new deal, it’s clear that things didn’t shake out quite the way the featherweight planned. Swanson made no secret of the way he’s feeling in his first post-fight statement. That said, he was also quite complimentary of his opponent, Ortega.

“And just like that, your plans can change.” Swanson said along with a broken heart emoji. “Congrats to [Brian Ortega] on a great performance (you’re a class act). Thank you to everyone who supports me. I feel blessed to have you all.”

This loss marks the end of a four-fight streak for Cub Swanson. This streak was highlighted by unforgettable decision wins over Doo Ho Choi and Artem Lobov, as well as defeats of Hacran Dias and Tatsuya Kawajiri. The MMA veteran is now 25-8 in sum, and 10-4 in the UFC.

Brian Ortega, meanwhile, has improved to a perfect 13-0 overall. His last five wins occurred in the UFC’s Octagon where he has scored consecutive stoppage wins over top-flight foes in Thiago Tavares, Diego Brandao, Clay Guida, Renato Moicano and now Swanson. The lone blemish on his record is a 2014 no contest with Mike De La Torre – a submission win that was overturned when he tested positive for drostanolone.

What do you think the future holds for Cub Swanson?