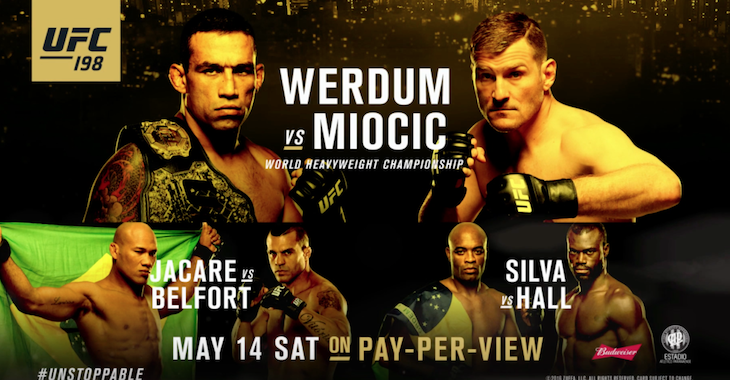 Saturday night the UFC hits Curitiba Brazil for one of the most anticipated Pay-Per View events of the year, UFC 198. The event will be headlined by a heavyweight title fight between Fabricio Werdum and Stipe Miocic. In addition, the card will feature quite a few Brazilian MMA legends including Anderson Silva, Lil Nog, and Shogun Rua to name just a few.

To add to the hype surrounding the card, Invicta FC champion Cris Cyborg will make her highly anticipated UFC debut as she faces Leslie Smith. Below you can see the odds for the entire card, including the one sided odds for the Cyborg-Smith fight.

It's #UFC198 Fight Week,
a star-studded card from Brazil.

And one of these things is not like the other…. pic.twitter.com/OMpMgutnX2