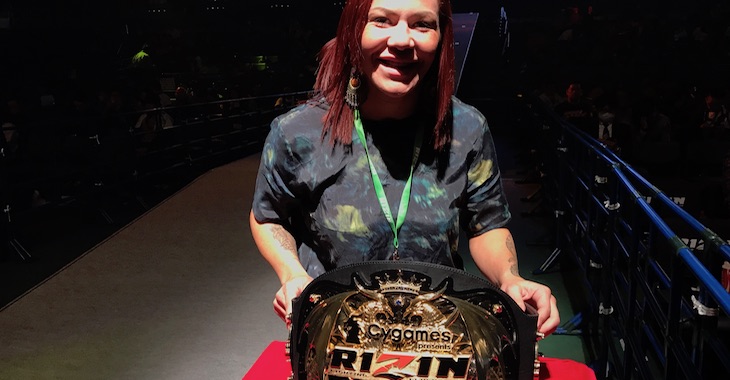 Shocking news has surfaced that on the heels of relinquishing the Invicta FC women’s featherweight title, WMMA legend Cris Cyborg has now signed to Rizin FF to fight in their open-weight tournament for the Rizin FF title belt. In her recent callout of De Randamie, Cyborg stated:

“July 29th the UFC will be in south California and I would like to fight in my backyard in America in Anaheim, California. So Germaine, I hope your hand is healthy enough to accept my challenge.”

Of course, had you not caught on by now, this is indeed an April Fools Joke, and Cris Cyborg will not be competing under the Rizin FF banner given that she is currently under contract with the UFC.