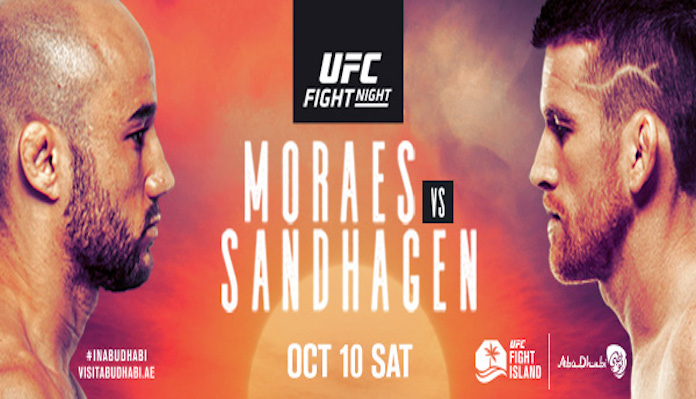 The former bantamweight title challenger, Moraes (23-6-1 MMA), will be returning to action for the first time since scoring a controversial split decision win over Jose Aldo at UFC 245.

‘Magic’ has gone 5-1 over his past six Octagon appearances, with his lone loss in that time coming by way of TKO to the now-retired former champion in Henry Cejudo.

Meanwhile, Cory Sandhagen (12-2 MMA) will enter tonight’s bout with Marlon Moraes looking to rebound from his recent submission loss to Aljamain Sterling. Prior to being stopped by ‘The Funk Master’, Sandhagen was riding a seven-fight win streak which included victories over Raphael Assuncao and John Lineker. 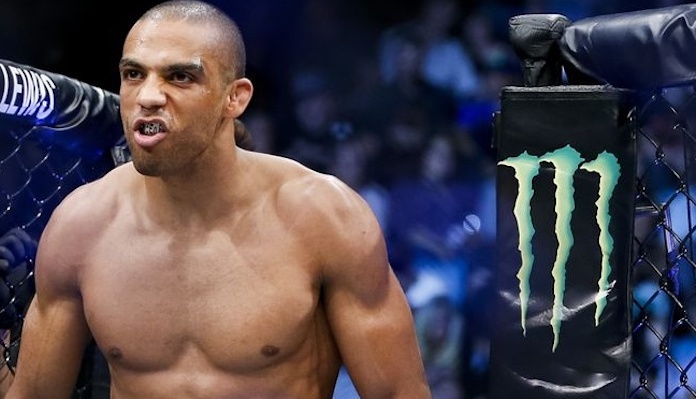 The co-main event of UFC Fight Island 5 will feature an intriguing featherweight contest between Edson Barboza and Makwan Amirkhani.

Barboza (20-9 MMA) will be looking to snap a three-fight losing skid at tonight’s event on Yas Island. The Brazilian made his featherweight debut this May in Jacksonville, but wound up dropping a split decision loss to Hawaiian standout Dan Ige.

Barboza’s most recent victory came back in December of 2018, when he scored a knockout victory over Dan Hooker in a lightweight contest.

As for Makwan Amirkhani (16-4 MMA), ‘Mr. Finland’ will enter UFC Fight Island 5 looking to build off the momentum from his first round submission win over Danny Henry this past July.

Amirkhani has gone 6-2 over his past eight Octagon appearance ahead of tonight’s co-main event.

Also featured on this evening’s UFC Fight Island 5 card is a heavyweight contest between Ben Rothwell and Marcin Tybura.

Rothwell (38-12 MMA) has gone 2-2 since returning to the UFC in March of 2019. ‘Big Ben’ will enter tonight’s event sporting a two-fight winning streak, his latest being a split decision win over Ovince Saint Preux this past May.

Marlon Moraes vs. Cory Sandhagen –  Sandhagen def. Moraes via TKO in Round 2

Markus Perez vs. Dricus Du Plessis – Du Plessis def. Perez via TKO at 3:22 of Round 1

Tom Aspinall vs. Alan Baudot – Aspinall def. Baudot via TKO at 1:35 of Round 1

Chris Daukaus vs. Rodrigo Nascimento – Daukaus def. Nascimento via TKO (punches) at 0:45 of Round 1

Impa Kasanganay vs. Joaquin Buckley – Buckley KO’s Kasanganay at 2:58 of Round 2

Who are you picking to win tonight’s UFC Fight Island 5 main event between Marlon Moraes and Cory Sandhagen? Share your predictions in the comments section PENN Nation!