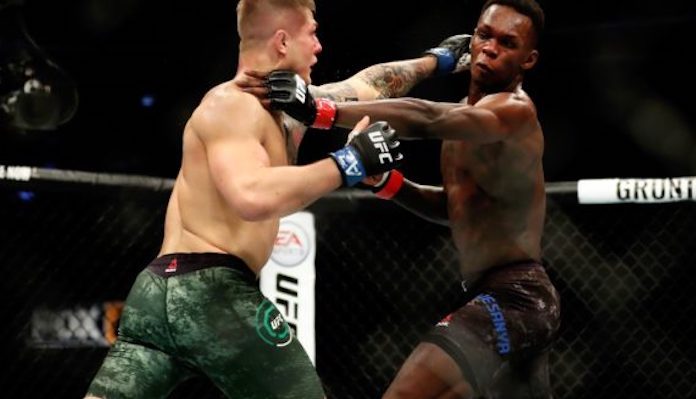 UFC middleweight standout Marvin Vettori (15-4-1 MMA) has gone 3-0 since dropping a split decision loss to Israel Adesanya in April of 2018.

Despite the Italian’s recent success, the UFC’s reigning middleweight champion in Israel Adesanya recently revealed that he would never fight Vettori again.

In a interview with MMAJunkie, ‘Stylebender’ had the following explanation as to why he and Marvin Vettori would never rematch in the future.

Those comments clearly did not sit well with Marvin Vettori. The ‘Italian Dream’ issued the following fiery response just moments ago on Twitter.

“Israel Adesanya how are always changing how shit went down? You are a lying bitch and you better believe I’ll see you soon. 2021 I’ll see you. Ask you dad, I’m sure he knows.”

Marvin Vettori was most recently seen in action at June’s UFC Vegas 2 event, where he scored a first round submission victory over Karl Roberson.

Would you like to see a future rematch between Israel Adesanya and Marvin Vettori after their first encounter resulted in a controversial split decision? Share your thoughts in the comments section PENN Nation!