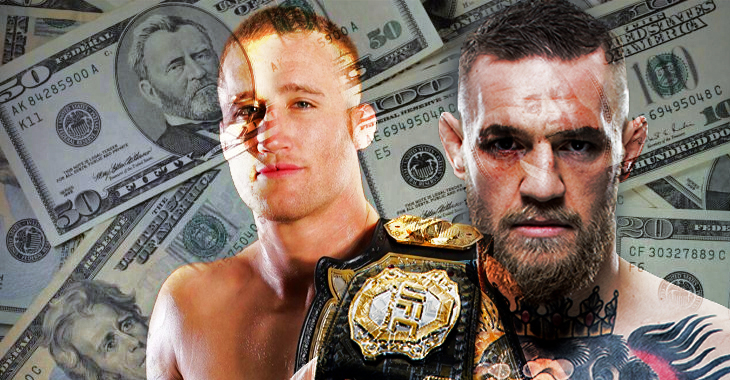 For those who didn’t see Justin Gaethje’s three-year path of destruction through World Series of Fighting, they were exposed to the kind of violence he provides at The Ultimate Fighter 25 Finale. Followers of the agent of chaos were eager to see if Gaethje’s kill-or-be-killed style would hold up against a top-10 UFC lightweight. Everyone knows now – especially Michael Johnson – that it did. Diving deeper into the shark tank, Justin Gaethje will now fight one of the top 155-pound fighters in the world in mere hours. If Gaethje successfully retains his title as UFC’s “Most Violent Fighter” against Eddie Alvarez, it looks like he will be after Tony Ferguson’s interim lightweight belt.

“I honestly don’t give a sh-t [about Conor McGegor’s plans] because it does not matter. If I don’t win this fight [against Eddie Alvarez], I’m not even in that picture. So, I’m focusing on Eddie. Can’t hate on Conor for making a sh-t ton of money. Don’t hate him at all. So yeah, if I finish Eddie, I would definitely want to fight Tony [Ferguson for the interim lightweight title].”

“[Eddie Alvarez] is talking a big game, but I still think he’s going to try and stick me against the fence and hold me there. I’m a Division I wrestler, so I’ve got to focus on keeping him off me and landing hard punches and kicks, making him quit. I don’t know how many times he’s been finished, but I’m shooting to finish him, that’s for sure. I would rather lose than not get a finish I don’t want to win a boring decision. That’s the last thing I want. It’s impossible. It’s either I get finished, or he gets finished. That’s how I fight. It’s life or death.” — Justin Gaethje speaking to MMA Junkie.

Let’s face it, Conor McGregor doesn’t have to come back to the UFC or ever fight again for that matter. If he does strut back into the cage, there will be no shortage of deserving lightweight contenders as well as superfight options available to him. Despite all this, Justin Gaethje knows that the golden ticket so to speak is the interim title. Either that title gets unified, or is promoted to the undisputed title. The man that owns that belt right now is Tony Ferguson so he is gunning for him. Before we can get excited for that match-up though, there is a war that needs to be fought at UFC 218 tonight.