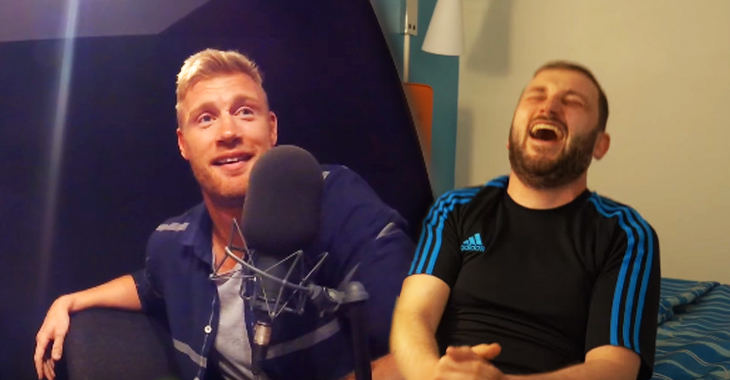 It was Andrew ‘Freddie’ Flintoff’s first big day on the job. He was representing William Hill Betting on their podcast and the interview he had booked for the day was too good to be true. Actually, it really was too good to be true, because his guest never showed up. Instead of interviewing the notorious Conor McGregor, host Robbie Savage set Flintoff up with Al Foran. If you haven’t seen his videos, he’s a talented impersonator who voices just about anyone you could think of, but he blew up as soon as he started emulating the UFC champ champ. The former England cricketer had no idea what to expect when the interview starting going south really quick.

Props to the dude for holding it together while getting berated by who he thought was Conor McGregor. He must have thought it was just par for the course. Things really got bad when Savage brought up Flintoff’s boxing record of 1-0, saying it was better than McGregor’s. Al Foran, or anyone else for that matter, never let on that it was all a joke until Savage let him in on it at after “Conor McGregor” hung up in anger. Check out the entire video below.