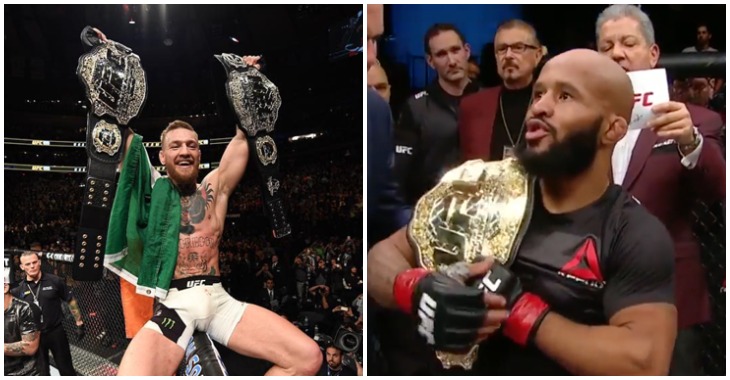 With former UFC light heavyweight title challenger Jon “Bones” Jones currently serving a year-long suspension, MMA’s pound-for-pound debate has typically come down to one man: Flyweight champ Demetrious “Mighty Mouse” Johnson. When Conor McGregor defeated Eddie Alvarez to win the UFC lightweight title in November, however, he made a strong case for a spot atop the pound-for-pound list, as he was already the champion at featherweight, and he had recently won a fight at welterweight against Nate Diaz.

In the opinion of UFC President Dana White, McGregor’s recent multi-weight accomplishments make it impossible to deny his status as MMA’s pound-for-pound king. White explained this feeling in an interview on The Michael Kay Show (via MMAFighting.com).

White also commented on the oft-rumored strains on his relationship with McGregor, assuring that he and the Irish star are on good terms. He also addressed McGregor’s inevitable retirement, and how the UFC will cope with the loss of its biggest star.

Do you consider Conor McGregor to be MMA’s pound-for-pound king? Or does that honor still belong to Demetrious “Mighty Mouse” Johnson. Sound off, PENN Nation!