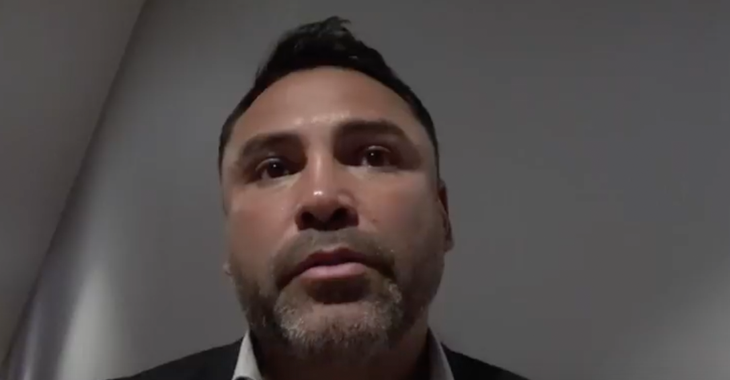 Now, it appears De La Hoya actually wants to fight McGregor. The 44-year-old has apparently been training, in secret, with the goal of stepping into the ring with the Irishman.

“You know I’m competitive,” De La Hoya said, speaking on DashRadio (h/t The Mac Life). “You know I still have it in me. I’ve been secretly training. Secretly training. I’m faster than ever, and stronger than ever. I know I could take out Conor McGregor in two rounds. I’ll come back for that fight. Two rounds.

While Oscar De La Hoya wants to box Conor McGregor, he at least understands that there’s no point even talking about a possible MMA match with him.

In his headline-dominating boxing debut, McGregor surrendered an early lead to wilt under a 10th-round volley from Floyd Mayweather. While he’s been called out by a seemingly endless list of boxers of the last year, it’s looking like his next fight will be in the UFC’s Octagon  – perhaps against interim lightweight champion Tony “El Cucuy” Ferguson.

What do you think of Oscar De La Hoya’s bizarre callout of Conor McGregor?