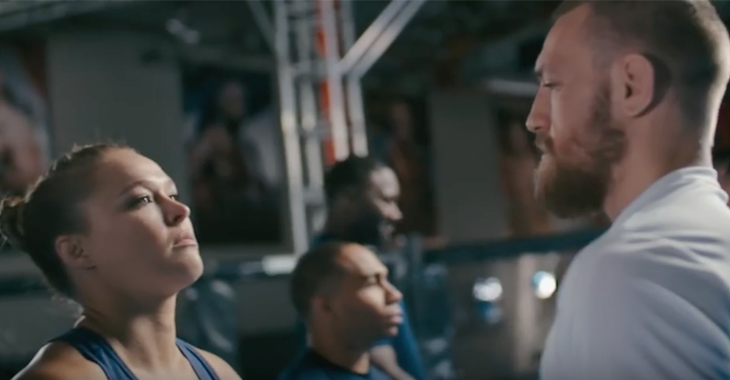 UFC featherweight champion Conor McGregor did a Facebook interview with the LAD Bible on Friday and fielded questions from his die-hard fans.

With the recent news of former UFC women’s bantamweight champion Ronda Rousey returning to the Octagon at UFC 207 to take on current champion Amanda Nunes for the title, “The Notorious” was asked how he felt about her comeback.

“I’m very excited,” McGregor said of her return. “You know, it’s good to finally see her back. I think losses can really affect, you know? It’s a crazy business we are in, especially at the very, very, high top.”

McGregor, who suffered a loss himself for the first time in the UFC came back to even the score in his most recent fight with his rival, Nate Diaz at UFC 202. “The Notorious” commented that he hopes Rousey can look at his experience and use that for her fight comeback fight against Nunes on December 30.

“I hope she took inspiration on how I came back from my defeat and I wish her all the best. She’s a solid competitor and I’m excited to see how it unfolds.” While the world will look to see how Ronda Rousey performs in her first fight since the losing to Holly Holm at UFC 193, many are excited to see Conor McGregor get his chance to stamp his name in the books once again as he looks to become the first fighter in UFC history to simultaneously hold two division’s titles. Conor McGregor and Eddie Alvarez will fight for the UFC lightweight championship on November 12 at Madison Square Garden in New York’s UFC 205.

Who are you picking to win in the championship bouts featuring Conor McGregor and Ronda Rousey? Give us your picks in the comment section!