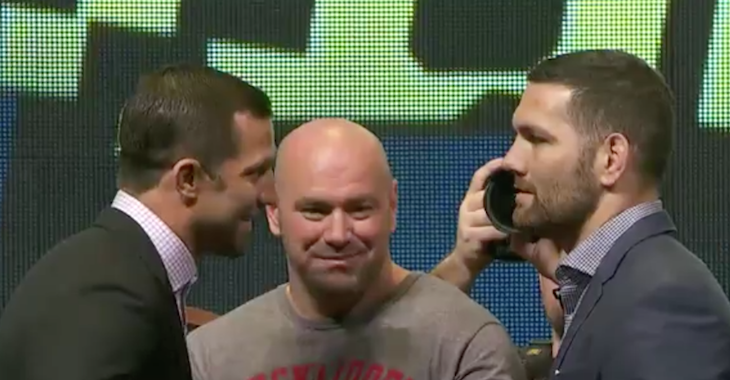 Tuesday afternoon, unfortunate news surfaced that former UFC middleweight champion Chris Weidman had been forced out of his UFC 199 rematch with Luke Rockhold on June 4th.

While the nature of the injury wasn’t immediately revealed, Weidman himself has taken to Facebook to release a statement regarding the situation, and explain what forced him to withdraw from the bout.

So far there has been no word yet on who will step in to fight Rockhold on short notice. With that being said, many are expecting either Michael Bisping, who is riding a 3 fight win streak, or Jacare Souza, who recently defeated Vitor Belfort, to step in and fight Rockhold on June 4th.