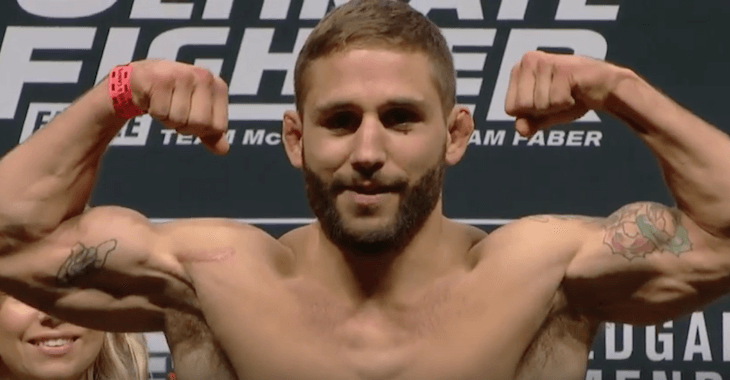 This week it was announced that top ranked UFC featherweight Chad Mendes had been suspended 2 years following a failed drug test back in May.

While many were taken aback by Mendes’ failed drug test, a source close to the situation revealed to BloodyElbow that Mendes failed the drug test for GHRP-6, a substance which “is designed to increase your body’s natural production of growth hormone.” However, Mendes reportedly used a skin cream which contained the banned substance, which is what resulted in his failed drug test.

Mendes hasn’t provided much in the way of excuses for the drug testing failure, Tweeting “I didn’t do my homework and that was a big mistake. I own it and I’m going to pay for it,” after it was announced that he failed the drug test.

With the retroactive suspension, Mendes will be eligible to fight on June 10th, 2018.