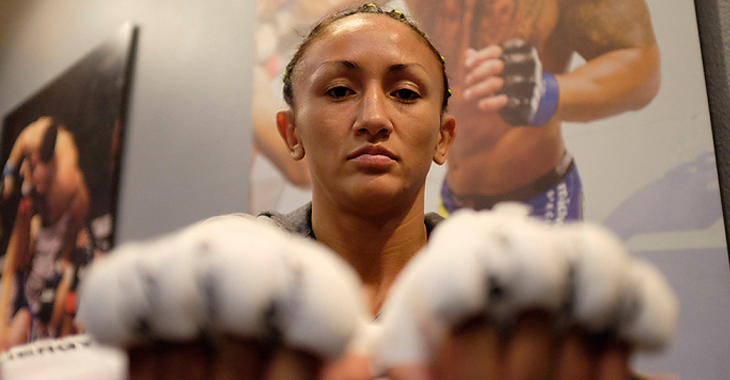 On Sunday night, the UFC returned to Halifax, Nova Scotia with UFC Fight Night 105. On the evening’s undercard, former strawweight queen Carla Esparza returned from a lengthy layoff against Canada’s own Randa Markos.

Though Esparza succeeded on four takedown attempts, and threatened with a submission in the second round, the judges ultimately awarded her Canadian foe a controversial decision win.

In the wake of this fight, Esparza took to Instagram to issue a statement. In this statement, she referenced the fact that the majority of the media scored the fight for her, thanked her fans for their support, and assured that the illegal knee she landed was inadvertent.

“In the end, you either get your hand raised or you don’t,” the former champ said. “To my friends, fans, and media who thought I earned the decision thank you. Although I know when you are in someone else’s home, you have to finish the fight, so that was my mistake. (I tried my best to be the aggressor moving forward with striking and takedown attempts.) Although the judge who scored it 30-27 against me was a bit extreme. No excuses though, I should have done more.”

“And side note on the knee, i did not see it again, it was not my intention to do anything illegal if I did,” Esparza continued. “I waited a bit and figured she was on her way up. The ref was not being too strict, more just letting the fight go as he did not call her illegal strikes to the back of the head in the first, or take a point from her fingers being straight out after warning her multiple times. It’s a fight, ish happens. Thank you again, I will be back better and stronger.”

What did you think of Carla Esparza’s close decision loss to Randa Markos? Sound off, PENN Nation!