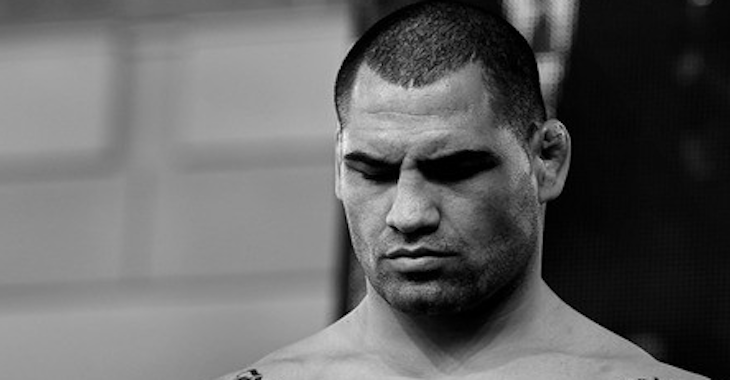 This July, at UFC 226, UFC light heavyweight champion Daniel Cormier will return to his former haunts – the heavyweight division – where he’ll take on reigning champ Stipe Miocic in an effort to become a two-division champ.  While Cormier’s move to heavyweight would seem like it steps on the toes of his friend and training partner Cain Velasquez, Velasquez recently assured all was well in a Tweet.

Like always, I’m gonna be in the gym everyday to help my brother @dc_mma become the next heavyweight champ at #UFC226. Once he wins, things could get interesting. #AndNew #WeAreAKA #GonnaGetMyBeltBack

While it wasn’t Velasquez’s intention, this Tweet, drove the MMA community into a frenzy, as fans speculated what exactly meant by “things could get interesting.” Would he fight Cormier? Would he drop to light heavyweight?

Velasquez explained on Monday’s edition of The MMA Hour.

“If I had to do it, I could do it,” Velasquez said. “I think it would be hard, but it’s just the will of the person. If I really want to do something, I could do it. Again, things could get interesting, so we’re just going off of that and we’re just going to play it by ear. First things first, helping him get ready, me get ready, and then getting that job done in July, both of us [at heavyweight].”

Whatever the case, Velasquez is just hoping to reassert himself as a top contender at heavyweight.

“We talked about it and I’m all for it, I support Daniel 100 percent,” Velasquez said. “I feel like I just have to go back and prove myself. I have to get a fight and show people why everyone should fear me, so I have to go out there, I have to look impressive. I do plan on fighting again, I’ve never had talks of a retirement. Not yet. I still want to do this.

“He called me up, he told me that he had this opportunity. I was just like, ‘Yes, we can do it.’ We can get ready together, that’s the best for us. He’s fighting on that card in July, I’m going to try to get on that [card], hopefully. I think that would be perfect and enough time for me to get on that card and me and Daniel can train together and get ready together because when we do that, that’s when we are the best.

“I think it’s a very good scenario, it’s perfect for Daniel, I think he can pull this off and s**t, I’m going to make it my priority to go out there and train with him so he does get that W. He will, he will get that W.”

What do you think the future holds for Cain Velasquez?