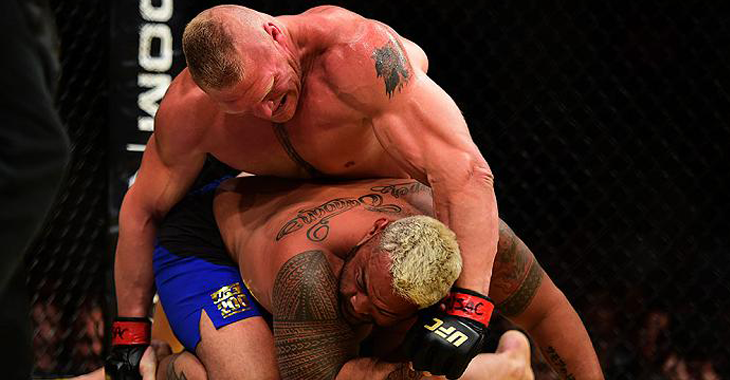 Hunt was upset, to say the least that the news came out after the fight took place and demanded that he receive Brock Lesnar’s fight purse or be immediately released from the UFC.

FOX Sports MMA analyst Kenny Florian spoke with ESPN on Hunt’s demands and explained that there is no rule or protocol for such a thing.

“Well, I mean, a contract is a contract,” Florian said. “Despite that, yes, we’d love to live in that world where we can go back and say, ‘Yeah, because of this, Hunt deserves more.’ But he agreed to the fight, unfortunately, and I don’t think that should happen at this point. There are no rules set in place where a fighter gets an opponent’s purse.

“I do think, though, there should be something where if a fighter gets penalized for testing positive for performance-enhancing drugs, it should be like missing weight. A certain percentage of Lesnar’s purse should go to Hunt. I think Lesnar should have to pay Hunt, not the UFC. After all, it’s Brock Lesnar’s fault. I would like to see some kind of rule change: If a fighter tests positive, fights and gets paid — some of that should go to his opponent.”