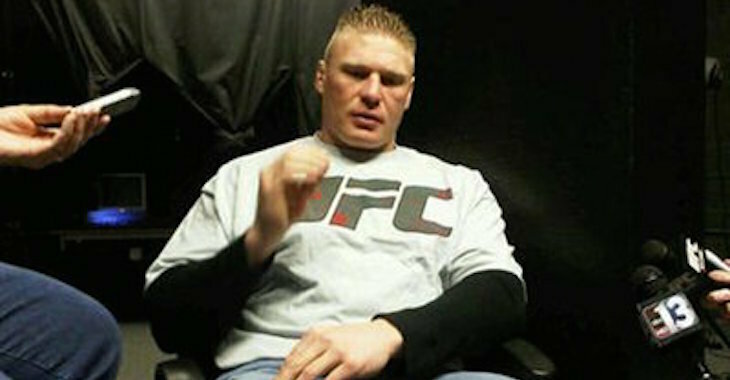 While Brock Lesnar only holds a 5-3 MMA record, and retired on a 2-fight losing streak that saw him get TKOd in back-to-back fights, he believes that his UFC 200 return against MMA veteran Mark Hunt is a win-win all parties involved.

He spoke to ESPN to discuss whether or not his boss, Vince McMahon had an issue with his UFC return.

“None,” Lesnar said. “Why would you? I believe that in the WWE brand, I’m a legit athlete in that brand and I bring a lot to the company. For me to get back in the Octagon legitimizes why the WWE has me in their company. It’s a win-win for all of us. It’s win for me, it’s a win for the WWE and its a’win for the UFC.”

While Lesnar’s WWE contract only requires him to appear a handful of times a year, do you think a loss at UFC 200 would be disastrous for his WWE career?

Give us your thoughts on the situation below PENN Nation!