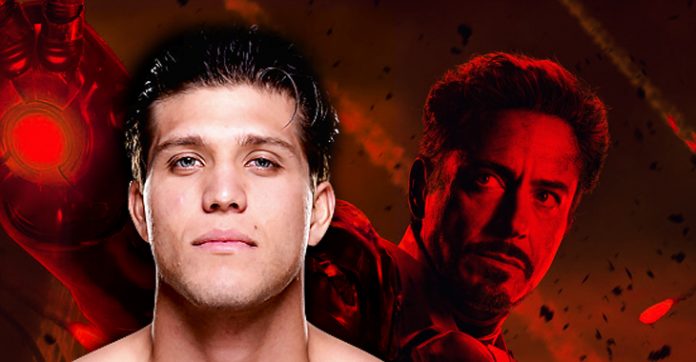 You red carpet ready? I am…Join me in Hollywood, CA on April 23rd for the World Premiere of @MarvelStudios #Avengers #InfinityWar. Donate $10 to support the fabulous @ROHHAD_GLOBAL and win (2) VIP tix. Go to https://t.co/AHxJsUW3t7 pic.twitter.com/5xX6kKNAKq

When Brian Ortega did the unthinkable and finished Frankie Edgar at UFC 222, he immediately used his leverage to boost the signal on a foundation and scholarship program he was starting to benefit his community. Even when he got the call that he’d get the shot against UFC featherweight champion Max Holloway, he just used it as another opportunity to spread the word. Now, he’s got the power of The Avengers carrying his message.

“Wait, oh, there you are. RDJ coming at you from my Welsh command post. Two of you will be my guest at the premiere of Avengers: Infinity War on April 23rd in Hollywood, USA. I’m hearing it’s the best Avengers flick yet and I’m almost told I appear in it. But how and what must be done to join us? Donate 10 smackers, dollars, bucks, or set equivalent in US currency to Random Act Funding. The more you donate, the higher the likelihood of winning. This year’s focus will be on ROHHAD and we’ll be throwing some proceeds to the Brian Ortega Foundation as well.” — Robert Downey Jr. via his official Twitter.

This means so much thank you for being down for the cause @RobertDowneyJr https://t.co/dMqHWxMkmb

From living in the hood, to a UFC title shot and having freaking Iron Man himself Robert Downey Jr. be on board for your foundation is pretty incredible. What’s next, Brian Ortega in The Avengers? If you donate, you’re entered to win a chance to come to the premiere of the first gigantic blockbuster event of 2018, Avengers: Infinity War. If you’d like to be apart of this while helping out two great causes then all you have to do is click here.