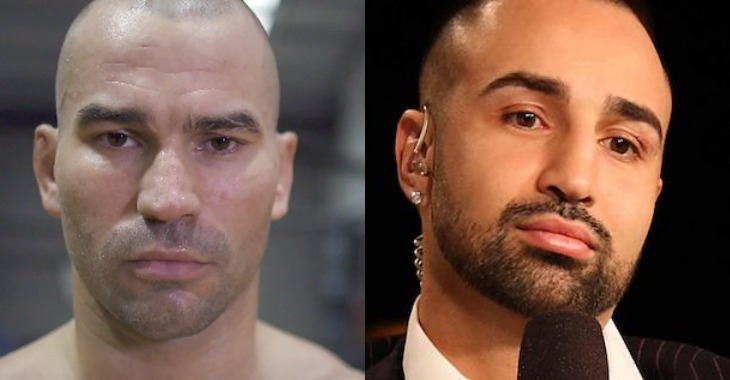 Last weekend, Conor McGregor training partner Artem Lobov returned to the Octagon opposite Team Alpha Male’s Andre Fili. Though Lobov was not without his moments in the fight, he was ultimately out-hustled by Fili, losing a unanimous decision as a result.

Shortly after this loss, Lobov hinted at a possible retirment from MMA, and divulged his interest in a move to the boxing ring. Speaking to BT Sport, he suggested a potential fight with Conor McGregor rival Paulie Malignaggi if the UFC releases him from his contract.

“I wouldn’t mind chancing my arm in boxing,” Lobov said.  “I do know I have a contract with the UFC. I’ll talk to them. I’ll ask them, would they release me maybe, and allow me to take a few boxing fights?”

“Paulie wouldn’t be a bad fight. I know he’s after big paydays. He’s retired, so he might not be interested in a fight against me, but if he was I would be all for it.”

Surprisingly, Malignaggi actually seems interested in this fight. In a Monday evening Tweet, the boxer expressed his willingness to fight Lobov, and even offered to fight McGregor in the same night to “even the stakes.”

I tell you what we could do just so we at least even the stakes, I fight he and Conor in the same night. I’m not even kidding either lol. https://t.co/u9IEivj1Ua

While the idea of Malignaggi boxing two mixed martial artists in a single night borders on ludicrous, he assures he’s “not even kidding.” And of course, in the whacky world of combat sports, it certainly wouldn’t be the strangest thing that’s happened.

Would you be interested in seeing Paulie Malignaggi box Artem Lobov (and/or Conor McGregor)? Join the conversation in the comments section!