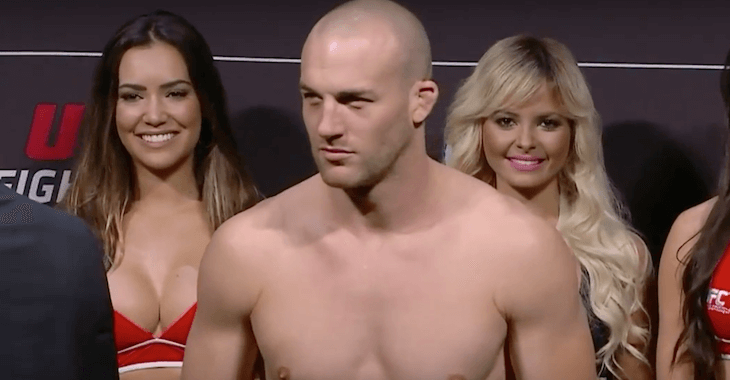 There was much talk of whether or not Antonio ‘Lil Nog’ Nogueira would retire after his UFC 191 loss to Shogun Rua.

The loss made it 2 straight for Nogueira, who hadn’t won inside the Octagon since his UFC 156 win over Rashad Evans back in February of 2013.

Despite that, news surfaced today from Combate that Lil Nog would be returning to the Octagon at UFC 198 in Brazil on May 14th to face Patrick Cummins.

The event will also play host to Belfort vs. Jacare, Matt Brown vs. Demian Maia, and reportedly Fabricio Werdum vs. Stipe Miocic.

Cummins is coming off a TKO loss to Glover Teixeira back in November of 2015. The loss dropped Cummins UFC record to 4-3, and his professional MMA record to 8-3.

Who do you have winning this light heavyweight showdown?