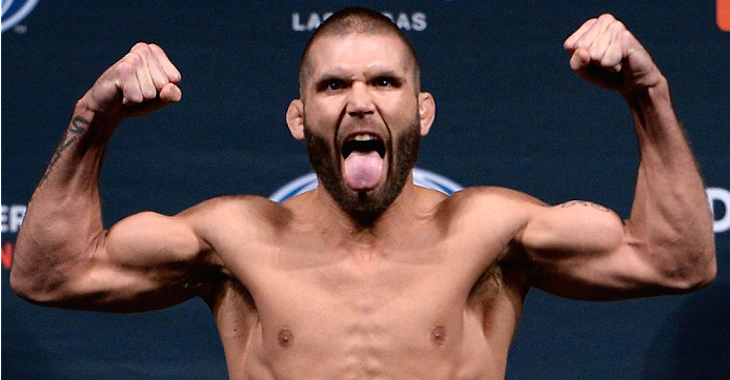 Anthony “Showtime” Pettis (18-5 MMA) recently announced that he would be making the drop to the UFC’s featherweight division. The former UFC lightweight champion is coming off three-straight decision losses in the promotions lightweight division and is looking to find new life at 145-pounds.

Waiting for Pettis at 145-pounds appears to be the hard-hitting striker known as “Lil Heathen”. Jeremy Stephens sent out the following tweet requesting to ‘settle the score’ with “Showtime”, with Pettis having defeated him via split-decision in 2011:

You want #Pettis & I settle the 5 yr old sketch split dec or banger at 155?? Lmk below who u want me to crack next⬇️ pic.twitter.com/3Ir9wXbrED

Would you like to see a second fight between Anthony Pettis and Jeremy Stephens put together by UFC officials? Sound off PENN Nation!