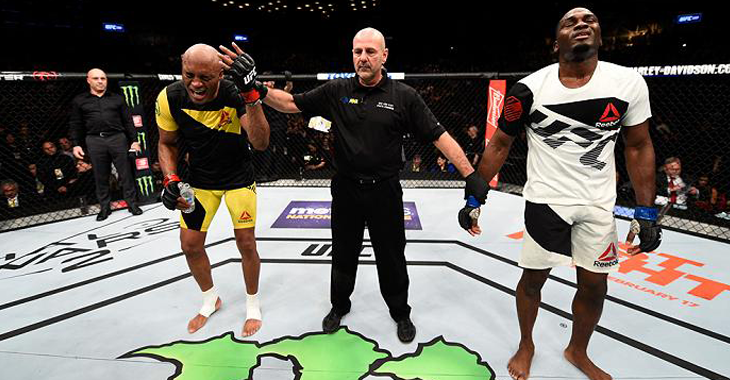 At UFC 208, Derek Brunson stepped into the Octagon with former UFC middleweight kingpin Anderson Silva for a highly anticipated scrap. After three rounds, Silva was awarded the unanimous decision win, however on paper, the stats saw Brunson winning the fight. After a period of frustration from Brunson, and an announcement that Holly Holm would be appealing her loss to Germaine De Randamie, it was revealed that Brunson would be appealing the loss to Silva to the New York State Athletic Commission. The news was confirmed with Brunson’s manager by Fox Sports.

With that being said of course, after the news surfaced that Brunson would be appealing the loss, the middleweight fighter took to Twitter to reveal that he actually would not be appealing the Anderson Silva loss:

I'm not appealing my fight against Anderson Silva. I'm more worried about getting another fight booked…….. #UFC

Despite Brunson out-striking Silva on the FightMetric stats, his situation remains quite different from the situation involving Holly Holm and Germaine De Randamie, which saw Holm officially appeal the loss to De Randamie. In that situation, De Randamie did outstrike the former champ, however Holm and her team are appealing the loss due to strikes landed after the round ended on two occasions from De Randamie.

In that situation, Holm’s team explained: