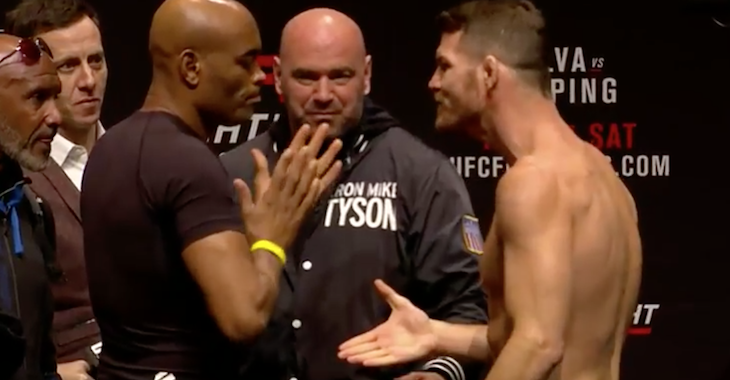 Michael “The Count” Bisping had a lot to say about former UFC middleweight champion Anderson Silva in the week’s leading up to UFC Fight Night 84 in London.

Bisping had stated on frequent occasion that the former title holder was a cheat and that all the steroids in the world wouldn’t save him in their upcoming fight.

However, following his unanimous decision victory over Silva on Saturday, “The Count” proclaimed that he was just hyping the fight and that he has always had major respect for “The Spider”:

“It’s all about heart. It’s about how much you want it. I wanted this fight. This was everything to me!”

After earning the biggest win of his UFC career, who would you like to see Bisping fight next?