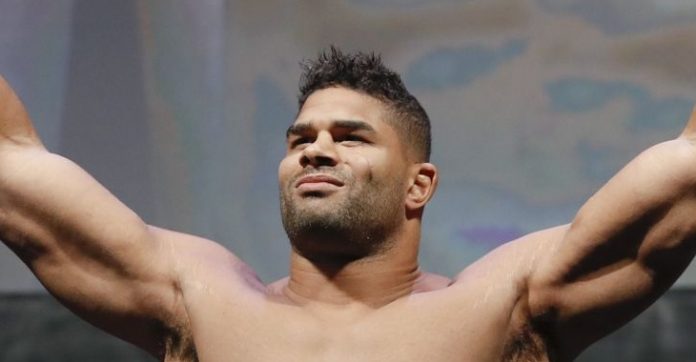 UFC 225 in Chicago, Illinois looks to be getting a literally massive fight added to it. BJPenn.com’s own Tom Taylor is confirming that top five heavyweights, Alistair Overeem and Curtis Blaydes will potentially be squaring off at the June 9th event.

Curtis “Razor” Blaydes is fresh off the biggest win of his career which came at UFC 221 when he overcame some early adversity to dominate combat sports legend, Mark Hunt to a unanimous decision.

The first round saw Blaydes trying to work his striking against the veteran striker and former kickboxer, Hunt. This ended up almost costing him the fight as Blaydes was tagged and hurt badly. As Blaydes gathered his wits, he was able to go back to what he does best and that’s wrestle. The junior college national wrestling champ, Blaydes would take Hunt down a whopping seven times in the last two rounds of their three-round meeting.

Former Strikeforce and K1 champion, Alistair “the Reem” Overeem can’t say he’s coming off the same kind of big win… At UFC 218 he took on Francis Ngannou and we all know how that turned out.

The defeat was only Overeem’s second in his last eight thus snapping a two-fight winning streak. A win over the young up and coming contender, Blaydes is just what Overeem needs to stay atop the division.

Who do you like in this matchup? Is this the right fight to make?