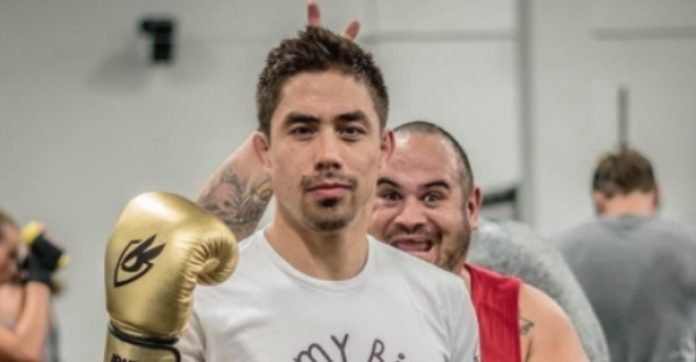 Team Alpha Male has long been one of the very best gyms in the world for lower weight class fighters. They have had multiple head coaches over the years ranging from the likes of Martin Kampmann, Master Thong, Duane Ludwig and most recently, Justin Buchholz.

Buchholz was a UFC lightweight before he ever became a coach. He fought from 2008 to 2010 with the promotion and going 1-4 before finishing his career (to this point) at 16-10.

He has been one of the oldest members of Team Alpha Male and when speaking with MMAWeekly, he was somewhat surprisingly humble about the situation:

“I’m not disappointed. I’m not a guy who gets disappointed or stays on something that happened in the past or just to rest on my laurels. When I was a young man, I would think that accomplishing something really means something but it’s what you plan on accomplishing.

I did accomplish a lot and I still have that resume. That’s not going anywhere. I mean 2016 was the best year Team Alpha Male ever had. The amount of belts we won, the win-loss record and then capping it off with the 135-pound title. It was seriously the best year we’ve ever had.

I will [still] work with certain fighters. I don’t want to mention who I’ll work with, that’s my business and their business. I know the value I have.”

You have probably seen Buchholz in the corner of many of the TAM standouts such as Cody Garbrandt, Joseph Benavidez, TJ Dillashaw, Chad Mendes and owner of the team, Urijah Faber.

According to Buchholz, his last fight as a TAM coach was when he worked with Darren Elkins for his Michael Johnson fight at UFC Fight Night 124 when he defeated Michael Johnson.

Where will Buchholz end up if he wants to continue coaching at a specific gym?