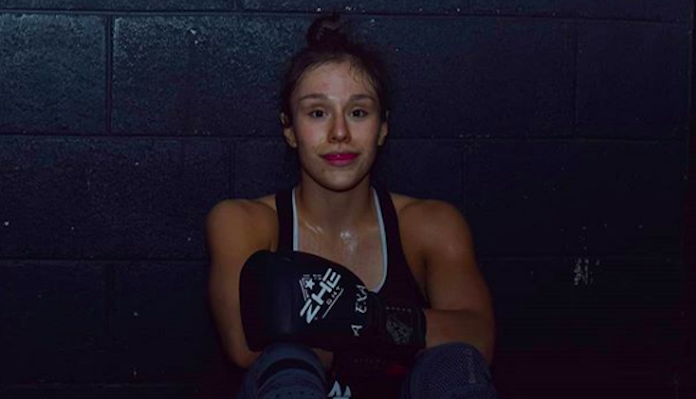 The UFC Lincoln lineup has grown by one awesome fight, as strawweight contenders and former Invicta stars Angela Hill and Alexa Grasso have been scheduled for a meeting.

Angela Hill hinted at this bout on Twitter. The fight was subsequently confirmed by MMAjunkie.

Alexa Grasso, meanwhile, is ranked 11th at strawweight, and currently owns an overall record of 10-2. In her last fight, she experienced a first-round submission loss to surging strawweight contender Tatiana Suarez. This loss was preceded by a close decision win over Randa Markos, a decision loss to Felice Herrig, and before that, a perfect 9-0 start to her career.

Who do you think wins this Angela Hill vs. Alexa Grasso fight at UFC Lincoln? Join the conversation in the comments section!