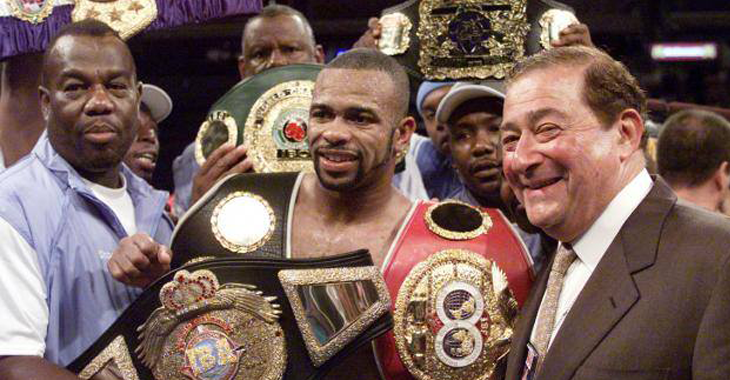 The latest member of the combat sports world to weigh in on the much-discussed boxing match between semi-retired great Floyd Mayweather and UFC lightweight champ Conor McGregor is boxing legend Roy Jones Jr.

The boxer gave his take on the latest episode of The MMA Hour, telling host Ariel Helwani that he understands why both sides are interested in making the fight happen.

“Being a fighter, I can’t hate on either side because I understand why they want to do it, and I wanted to do the same thing,” he said. “Me and Anderson [Silva] tried to do this years ago. Anderson had a little bit more boxing experience I think than Conor has, but I’m sure Conor is no fool. Conor has been going to the gym now, I’m sure, getting experience, because he knows he’s going to need that against Floyd Mayweather.”

Jones then gave his take on the fight itself. Though he seems to give McGregor little chance, he acknowledge that McGregor could have some success if he’s able to emulate the success of some of Mayweather’s southpaw sparring partners, such as Errol Spence.

“Here’s how you have to look at it though,” he said. “In a boxing field, I feel that Floyd Mayweather is definitely the superior athlete. He should have all the advantages going in.”

“I’m sure Conor McGregor thinks, ‘[some of Mayweather’s training partners] are southpaws, they gave Floyd a little trouble in the gym, being southpaws. I’m a southpaw. If I can get in there in there and duplicate that and land one big punch, I have a chance.’ That’s what Conor is supposed to think. That’s the way fighters are supposed to think.”

“On the other side, Floyd Mayweather is one of the best pound-for-pound fighters on earth, and he’s a defensive specialist. So, to not discredit Floyd, in a boxing ring, Floyd should be able to defeat damn near anybody in that weight class. Conor McGregor especially because he doesn’t have the experience that Floyd has. So I can’t really see Conor dealing with Floyd because of that experience factor, and Floyd proving why he was one of the pound-for-pound very best to ever do it. So it’s very hard to see Conor beating Floyd in a boxing match.”

What do you think of this breakdown from Roy Jones Jr.?