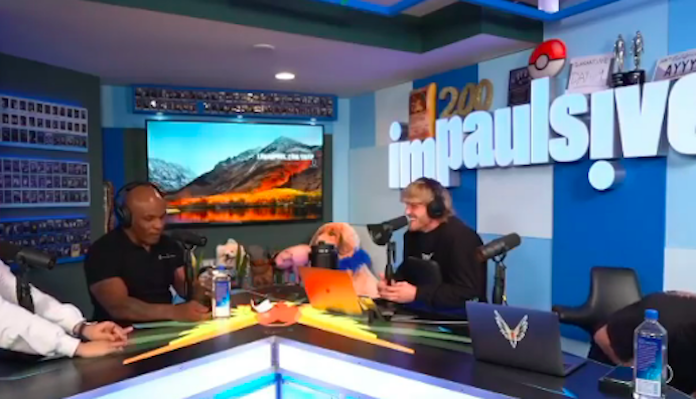 Mike Tyson is expecting Floyd Mayweather to wipe the floor with Logan Paul, and he’s not afraid to say it to Paul’s face.

Mayweather and Paul are expected to meet in a controversial boxing exhibition match this February. Given that Mayweather is regarded as one of the best boxers ever, and that Paul is 0-1 as a pro boxer, the widespread expectation is that Paul is in for a beating—whether he has a size advantage or not.

Tyson certainly sees the fight going Mayweather’s way, and made that very clear during an appearance on Paul’s ImPaulsive podcast.

While Mike Tyson is predicting a decisive performance in Mayweather’s favor, former welterweight champ Victor Ortiz believes Paul is well positioned to give Mayweather a tough fight this February.

“I know what I know, and I know what I see,” Ortiz told MMA Fighting. “What I’m saying, in a sense, is that he will give Floyd trouble.

“He’s a dear friend, and I believe in him,” he added, offering amply different take than Tyson. “I’m telling you, it’s going to be an interesting fight. I’ve talked to him about Floyd a few times. … I give him the simple things: ‘Floyd is Floyd, but you’re unstoppable. You’re on another level.’ I strongly believe Floyd will have trouble. Logan can box, and he has power, reach speed, and he can move now.”

Paul and Mayweather’s fight will go down on February 20. The rules and details of the bout are not yet clear, but from the sounds of it, Mike Tyson will be watching.

What do you think of these comments from the heavyweight boxing legend?