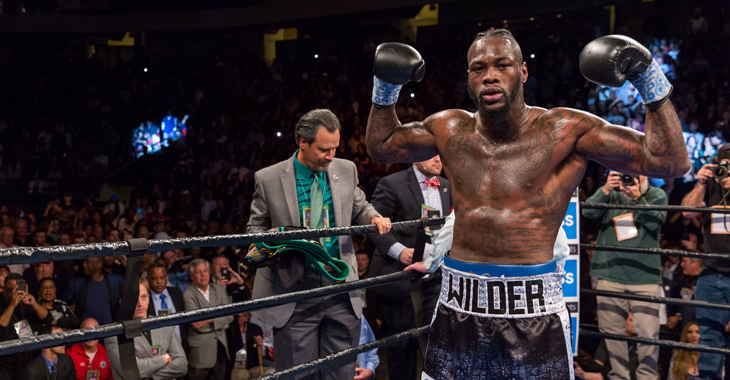 Deontay Wilder entered tonight’s event sporting a perfect 40-0 record. His most recent victory occured this past March in New York, where he defeated Luis Ortiz via tenth-round TKO.

As for the “Gypsy King“, Tyson Fury came in to tonight’s highly anticipated title fight with a spotless 27-0 record, his latest win coming over Francesco Pianeta this past August.

Tyson Fury appeared to be getting the better of Deontay Wilder throughout the opening eight rounds.

However, in round nine Wilder would score a knockdown and seemingly turned the tide Fury.

Tyson would battle back in rounds ten and eleven and appeared to be well ahead on the judges scorecards heading into round twelve.

In the final round Deontay Wilder dropped Tyson Fury with a beautiful combination that appeared to result in a fight ending knockout.

Only it did not! Tyson Fury rose from the dead in Undertaker-like fashion and then miraculously proceeded to get the better of Wilder in the fights final seconds.

The expression Deontay Wilder had on his face when Tyson Fury rose from them dead was nothing short of disbelief.

Check out his reaction below.

What did you think of tonight’s Tyson Furry vs. Deontay Wilder decision? Sound off in the comments section PENN Nation!