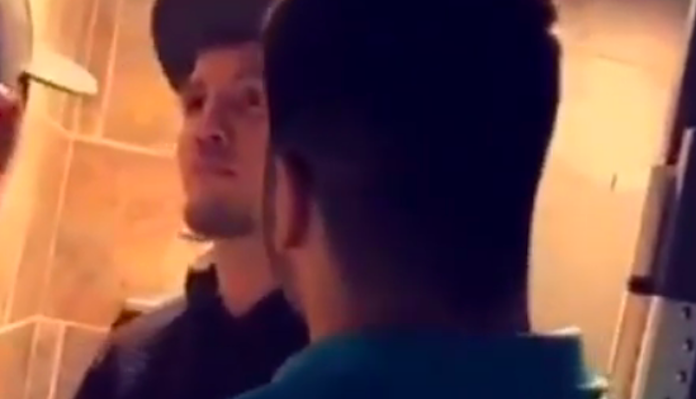 Later on in the evening, Knight opened up on this incident in the replies to Weaver’s post, which has now been deleted.

He explained that it occurred over a year ago after a comment that was intended as a joke backfired.

Here’s how he explained the ordeal.

“This was from over a year ago,” Knight wrote. “One guy was in the bathroom complaining about his girlfriend. I made a comment as a joke and obviously these two guys didn’t think it was funny. So they cornered me in my stall. By the time I turned around these two guys were there and seven people holding cameras behind them, I already knew what time it was. I told them to back up or they could go to sleep. They started talking crazy so I swung first, I wasn’t going to beg my way out of this stall. Stuff happens, but a lot has changed since then. Nowadays I wouldn’t even be there much less making a joke because of a beer buzz. No need to explain myself to any of you just figured I would give you a little insight. Long story short I shouldn’t have made the joke but they could have took it better. Oh well, it is what it is.”

Jason Knight is scheduled to return to the BKFC ring this very weekend, where he’ll rematch fellow UFC veteran Artem Lobov. The pair first met earlier this year. Lobov won that bout via hard-fought decision, though Knight has been adamant that the judges got it wrong.