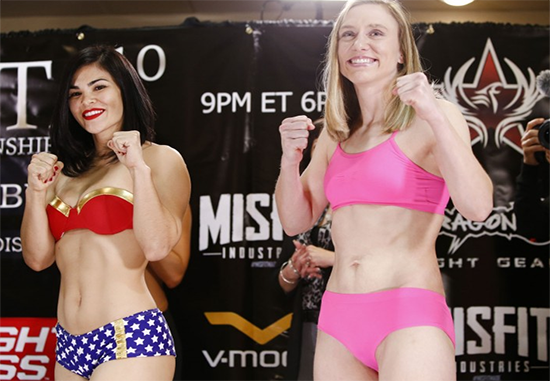 Evva Johnson and Rachael Ostovich kicked off tonight’s event with a fifteen minute bout in the flyweight division. Invicta FC took over UFC Fight Pass at 9:00 ET with their tenth card.

Ostovich impressed with her performance tonight. She controlled the cage and dictated the pace of the action. Johnson showed some grappling skills when she was able to take the back of Ostovich so quickly, but she failed to turn it into a submission attempt.

Johnson’s attack was conservative and it cost her in the long run. Johnson took control of the fight in the third round, but it was too little too late. The fight went the distance and what should have been a unanimous decision in favor of Ostovich was only a split decision.