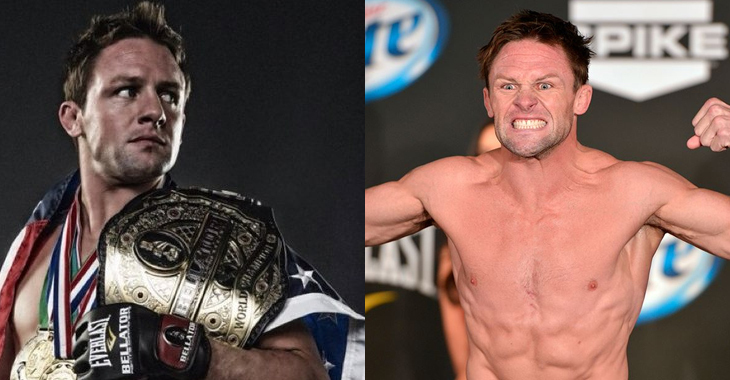 Wrestling is an essential discipline for any serious fighter wanting to be successful in MMA. It is also one of the core fighting disciplines in the sport. Wrestling focuses on ontrolling the opponent, and in turn, controlling the outcome of a fight. That is why so many fighters today have wrestling as their base.

While a lot of MMA fighters have some workable knowledge of wrestling, it takes years and years of practice to truly perfect. A handful of the best wrestlers in the world have been practicing since they were children. Luckily for us, some guys are generous enough to share their secrets.

Take this video that Evolve Vacation shares with us today for example. In the following clip, Bellator world champion and Greco-Roman wrestling world champion Joe Warren demonstrates how to pull off a head roll to a double leg takedown from the clinch position. It is an essential technique to add to your repertoire of takedowns.

Warren is an eight-year mixed martial arts veteran with a 14-6 professional record. A lot of his victories came about by utilizing his technical wrestling base to control his opponents. Although Warren lost his last fight to Eduardo Dantas, he is scheduled to return to action in July against Steve Garcia. The pair will face off at Bellator 181 in Oklahoma.

Check out the video here where Warren teaches the move

This is one of Warren’s most used techniques, as he is seen doing this multiple times in nearly all of his fights. If there’s one thing Warren is incredibly good at, it’s getting guys on the mat.

Check the other guy out in the video with Warren too. If you know your wrestling, you’ll realize that’s legendary wrestling coach Heath Sims. Sims heads the wrestling program at Evolve MMA and has worked with guys like Ben Askren, Japanese legend Shinya Aoki, and rising star Angela Lee.